This volume brings together papers written by curators, conservators and scientists who have worked very closely with European and Oriental arms and armour from some of the world’s finest collections. The pieces, which have been examined in detail, include not only those made for royalty, such as the helmet of the Black Prince, the armours of King Henry VIII and the jewel-encrusted dagger of Shah Jahan, but also the apparently more mundane and those created to deceive. Through careful study and hands-on experience, each of the authors provides an eye-opening insight into the history, science and interpretation of these important objects.

The essays in this title were written in honour of David Edge.

You can have a look inside the book here.

History of arms and armour
1 The 1520 foot combat armours of Henry VIII: design, technology and meaning
Keith A. Dowen

2 Cloth of steel: elements of a Landsknecht armour in the Wallace Collection
Tobias Capwell

3 Henry VIII’s Italian armour of 1544: a metallurgical note on alterations and improvements by the Royal Workshops at Greenwich
Simon Metcalf and Alan Williams

Conservation and display
6 Mannequins for armours: a conservational and aesthetic challenge
Petra Fuchs

7 Six armours of the National Museum of Finland
Lasse Mattila

8 Pierced metalwork on Iranian vambraces and their cleaning
Francesca LeveyAnalysis

9 Viking-era swords investigated by medical X-radiography and CT scanning: a new pommel classification and the assessment of blade geometry
Robert A. Hill

13 Fakes and their detection by analysis
Brian Gilmour

14 Metal woodscrews during the flintlock years: West European metal woodscrews from 1650 to 1830: an archival and metallurgical study
Yannick ChastangArms 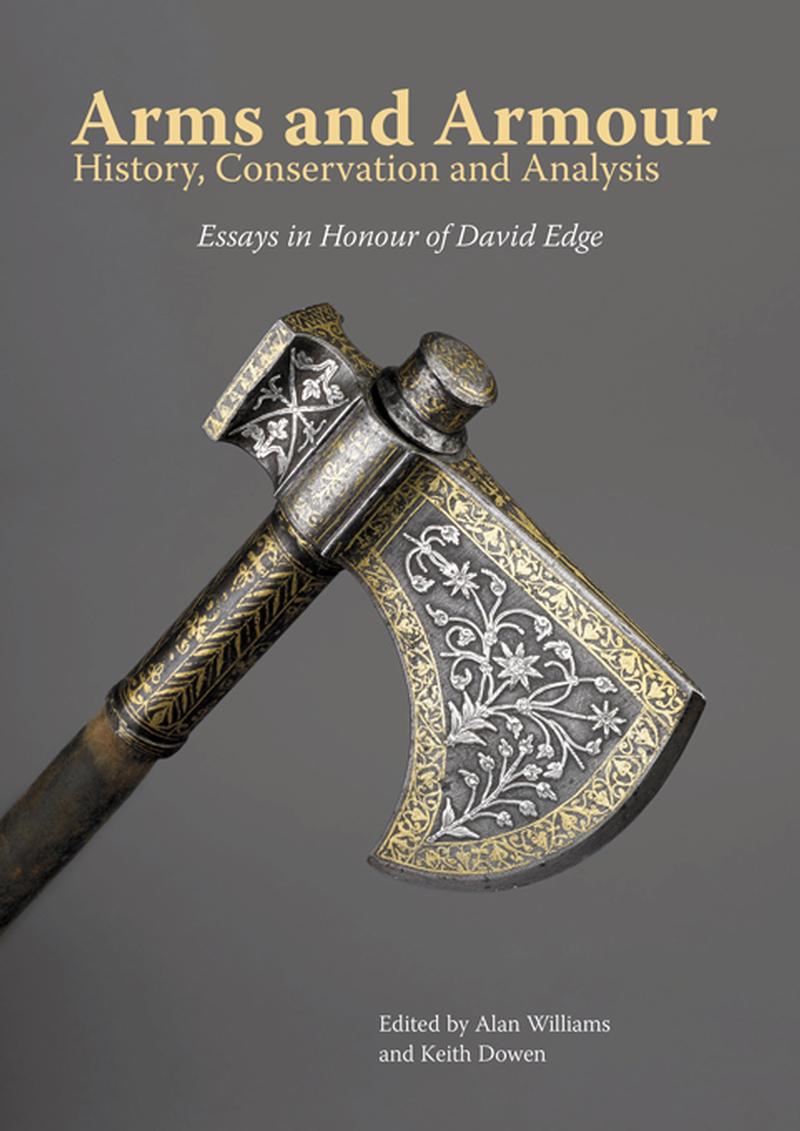