Coinage and History in the Seventh Century Near East No 2

This volume contains papers from the 12th meeting of the Seventh Century Syrian Numismatics Round Table held in Cambridge in April 2009.

The study of the so-called Arab-Byzantine coinage struck in Syria (modern Syria, Lebanon, Israel, The Palestinian Territories and Jordan has made great strides forward in the last 30 years with the publication of catalogues of collections in the Ahli Bank in Amman, the Ashmolean Museum in Oxford, the Khalili Collection in London, the Dumbarton Oaks Collection in Washington DC, and the University Collection in Tübingen. These monographs, together with innumberable papers in journals, have revolutionised the study of the coinage struck in Syria following the fall of the Byzantine Empire in that region.

The rise of Islam and Byzantium's response

Symbolism on the Syrian standing caliph copper coins: a contribution to the discussion

The standing caliph type - the object on the reverse

A Standing Caliph Fals issued by 'Abd al-Rahman at Sarmin

Numismatics and the history of early Islamic Syria

Constantine IV as a prototype for Early Islamic coins

The al-wafa lillah coinage: a study of style (work in progress) 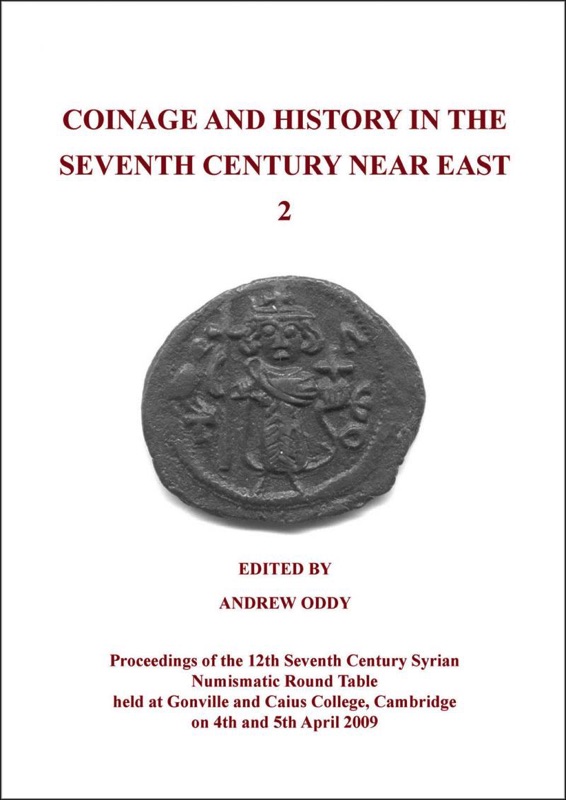