Coinage and History in the Seventh Century Near East No 4

Proceedings of the 14th Seventh Century Syrian Numismatic Round Table held at The Hive, Worcester, on 28th and 29th September 2013

The Sasanian Empire at its Apogee in the 620s

7th Century ‘barbarous’ Folles: a Secondary Mint in the Eastern Part of the

Byzantine and Early Islamic Coinage at Excavations in Jericho

Coinage and the Early Arab State

Arab-Byzantine Coins from Excavations in Israel – an Update –

Can we believe what is written on the coins? Enigmatic die links and other puzzles

Notes on Two Imperial Image Obverse Types: The Falconer and the Seated Couple

The Spear on Coins of the Byzantine-Arab Transition Period

in 146-148 H: a clue to the interpretation of marks on early Islamic coppers?

The Coinage of the Seleucia Isauriae and Isaura Mints under Herakleios (ca.615-619) and related issues 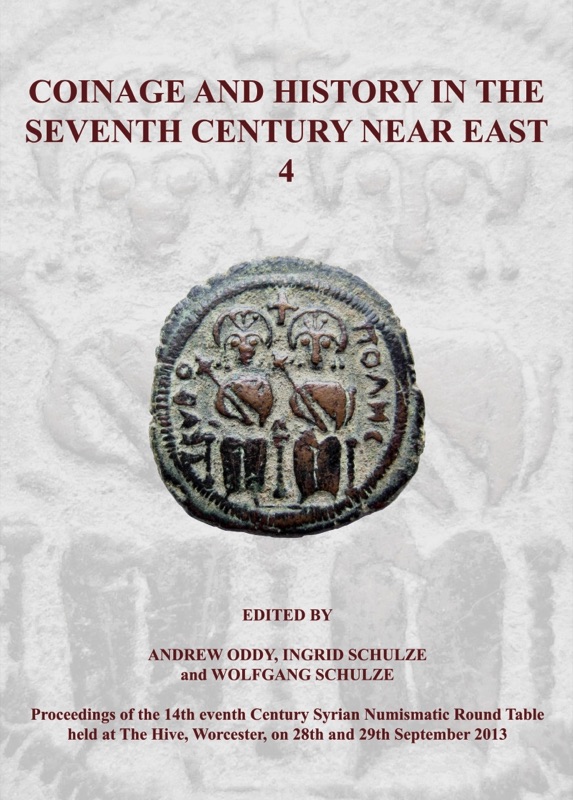