Conservation in the Nineteenth Century

The papers in this volume, presented at the conference Conservation in the Nineteenth Century, suggest that we should not think of the nineteenth century as a time solely marked by conservation activities that should be criticised, but as an interesting confluence of various attitudes out of which modern conservation trends emerged.

The conservation profession has its roots in the intellectual movements of the first half of the 19th century, following the Enlightenment. Scholarly study of objects made available by important archeological excavations and discoveries gave birth to the first debates on theoretical issues of preservation. Also the political events which disrupted Europe in the first decades of the 19th century played a significant role in conservation practice. In particular, Napoleon’s appropriation of works of art. As much as early conservation treatments can create many problems for conservators today, in some cases, they did prolong the life of an object that might not exist today. In some of these treatments we can see the interest in scientific methods that comprise the foundation of current conservation treatments. Nineteenth century technical inventions brought about by the industrial revolution led to the mass production of many materials. These have had both a positive and negative influence on conservation.

A higher reality, born of the mind: notes for a philosophy of transfer

Charles Chapuis: Degas’ ‘picture doctor’ and painting restoration at the end of the nineteenth century

Il Manuale by Giovanni Secco Suardo: its impact on the development of conservation and restoration in the nineteenth century

The search for an enduring painting technique: Franz Fernbach and his encaustic technique as a restoration procedure for wall-paintings in the early nineteenth century

Bonnardot’s Essai: a nineteenth-century restoration manual and its author

The test of time: nineteenth-century innovations in paper fibre analysis

Restoration of flat textiles: ideological framework, ideas and treatment methods in Sweden before 1900

The restoration and conservation of the bronze Apollo Saettante from Pompeii

Precision and mastery: identifying the work of Raffaele Gargiulo on four Apulian vases

Preservation of prehistoric objects in Denmark, 1807–32

Here is an unashamedly handsome publication: hard-backed, generously illustrated and, would you know, typeset in Suffolk and printed and bound in Devon. A home-grown product if you're a UK-based reader. So what, you ask? Well, for this reader, and reviewer, it matters. It matters that beautiful specialist books (on acid-free paper) continue to be produced, and without any apparent corner-cutting. [...]

It's that emphasis on getting to grips with nineteenth-century reasoning that makes dipping into this volume so rewarding, as every paper contains nugget after nugget. [...] These scholarly papers are revelatory reference material for conservators at all stages of our working lives and contribute significantly to our understanding of our professional antecedents.

"A book, therefore, destined to become a fundamental reference for European restoration in the 19th Century." 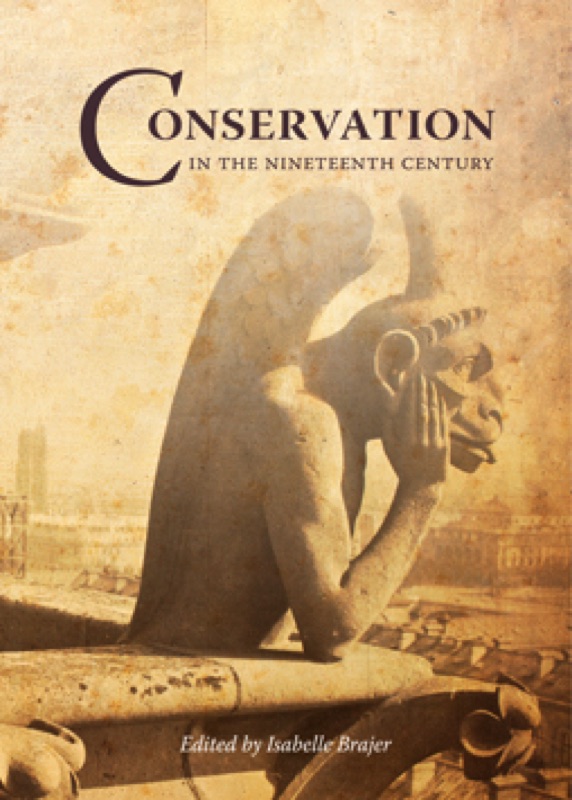