Dyes in History and Archaeology 18

Indigo has a powerful hold on the imagination - as evidenced by the traditional picture of Ancient Britons coloured blue with woad indigo - but, until now, the actual application of the dye and possible explanations underlying the practice have rarely been considered. The dyestuff is equally fascinating to the scientist, to Adolf von Baeyer in the 19th century, or to the modern chemist using modern instrumental methods for its characterisation. Indigoid dyes are not the only blues and purples, however, lichen dyes have an equally long history and their inconspicuous sources, found in many, often inhospitable, habitats, are no less intriguing, if difficult to categorise. Perhaps the most humble colouring matter is mud, but this, too, has a biological aspect to its use.

These and other naturally occuring organic colouring matters were among the subjects for discussion at the 18th Meeting of Dyes in History and Archaeology, held in Brussels in 1999. The textiles and other artefacts coloured with the dyes are no less interesting and varied. Romanian and Polish textiles and, as the cover illustrates, Japanese ukiyo-e prints are only examples of the possible uses discussed in this book.

Woad, tattooing, and archaeology of rebellion in Britain

The etymology and botany of some European lichen dyes

The right mud: studies in mud-tannic dyeing in west China and west Surrey

It is the rare scientific journal of which one wants or is able to read the whole. With this one, one almost can, and the contributions often inform and support one another. 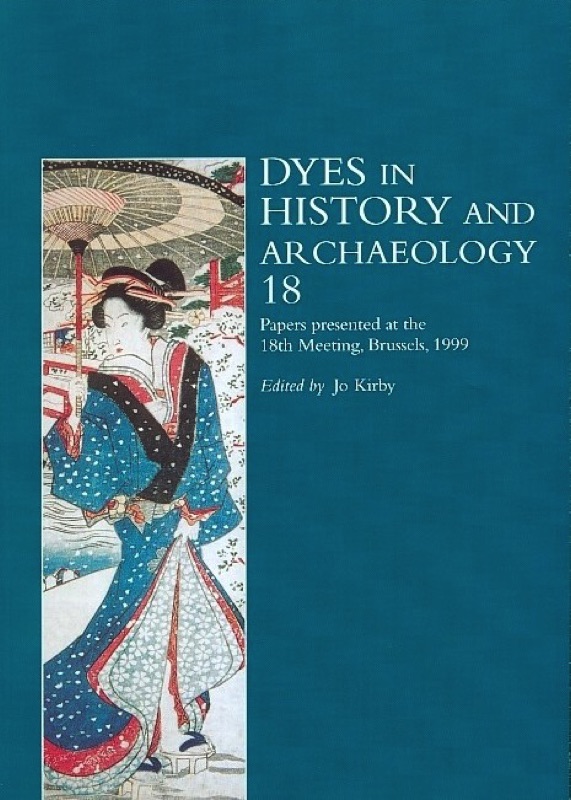