Dyes in History and Archaeology 33/34

The nineteenth and early twentieth centuries were a time of change in the technology of dyes and dyeing: brilliantly coloured synthetic dyes came onto the market and were welcomed into the world of fashionable clothing. Natural dyes still had a part to play, however: locally available dyes could make a significant contribution to the revival or development of the economy of a region, such as the Scottish Highlands during the First World War.

The dye extracted from a plant growing in one region may differ slightly from that found in a closely related species growing in another; the Japanese and Chinese species of Phellodendron (Amur cork tree and related plants) are a good example. Analysis of the dyes used for a fabric may thus suggest the region in which it was dyed. Trade records can provide additional useful evidence, as shown by a comparison of dyed textiles from the Ryukyu Kingdom (Okinawa and neighbouring islands) and Indonesia.

The use of non-invasive spectrometric methods to examine dyes and pigments has increased considerably, notably portable methods that can be taken to the object. This is essential in the case of manuscripts that cannot be moved from the library holding them, such as the Aztec Codex Borbonicus. The application of multispectral imaging techniques to textile dyes is relatively recent and if high-performance liquid chromatography can also be carried out, as in the case of the Italian polychrome laces described in this book, valuable and informative results can be achieved.

These are some of the topics presented at the 33rd and 34th meetings of Dyes in History and Archaeology held in Glasgow (2014) and Thessaloniki (2015): other analytical methods, historical Chinese dyeing practices and the always fascinating topic of indigo may also be found in this book.

Please click here for a look inside the book

The Politics of Colour: Recovering the Dye-Producing Lichens of the Scottish Highlands in June 1916
Vanessa Habib

A Comprehensive Study of Textile Dyeing Techniques of the Ming and Qing Dynasties, China
Jing Han and Anita Quye 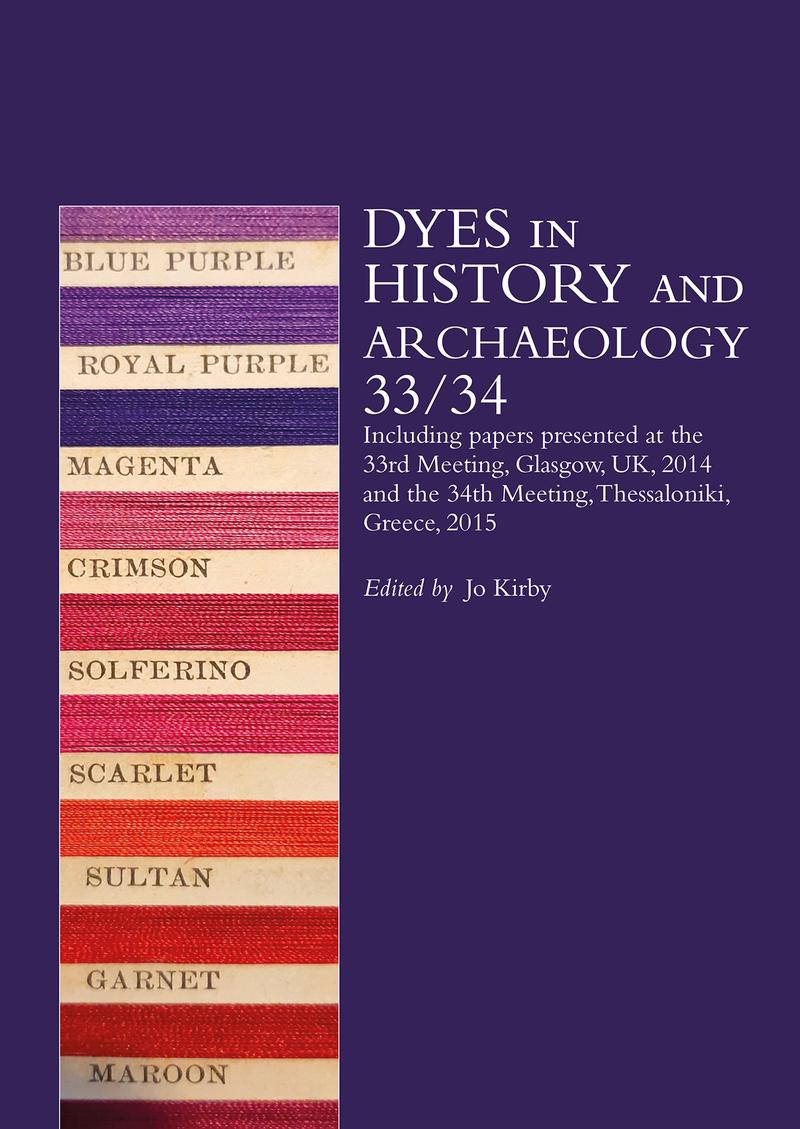