Dyes in History and Archaeology 35/36

Sources of yellow natural dyes provide a leitmotif running through the papers contained inthis volume. Sawwort is the source of a yellow dye that played an important part in textiledyeing in 15th-century Europe and was traded by the Florentine dye company of Francescodi Giuliano Salviati. It is less well known than weld, also traded by the Salviati company andused all over Europe as well as in Iran for dyeing Persian carpets. Some sources of yellow dyealso have a pharmaceutical role: chamomile is one such, present among the named boxesof ‘simples’ housed at the Spezieria di Santa Maria della Scala, Rome.

Not every paper presented at the 35th and 36th meetings of Dyes in History and Archaeologyheld in Pisa (2016) and Hampton Court (2017) focused on yellow dyes, however. Othertopics discussed and presented in this book include the fascinating story of Cornelis Drebbel,the scarlet cochineal dye he discovered and its subsequent history; a Victorian carpetmanufacturer who used the lichen dye cudbear; and non-destructive methods of examinationof Japanese textiles.

You can have a look inside the book here.

Fake Lakes? The Use of Starch and other Adsorbent Substrates for Synthetic Dyes in Paint Manufacture
Eva Eis

Treading on Lichen: The Use of Cudbear by a Victorian Carpet Manufacturer
Terry T. Schaeffer and Laura Maccarelli

The Tradition of Using Natural Dyes in Latvia
Anete Karlsone

Revealing the Mysteries of the Madder Bath
Vincent Daniels 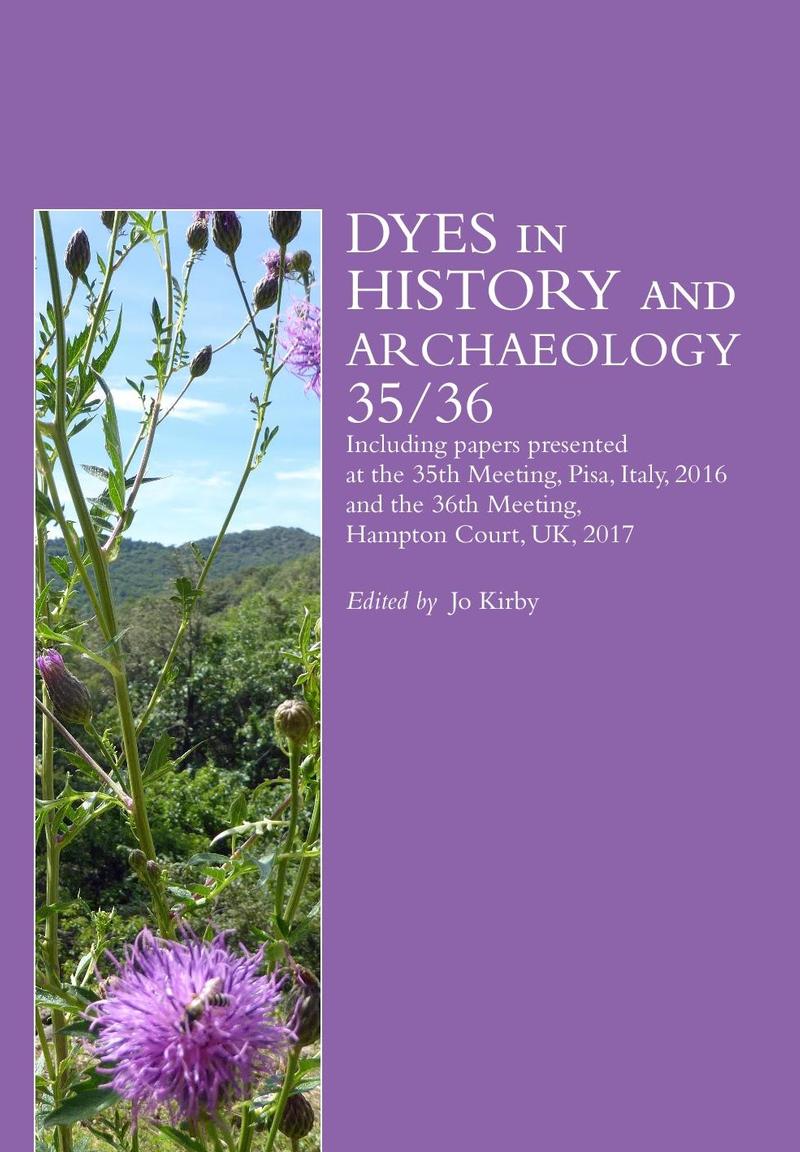