A key consequence of the western discovery of sixteenth-century Japan was the emergence of workshops producing lacquerware for the European market. As with East Asian porcelain, Japanese lacquer quickly became an absolute must-have, its gold-on-black pictorial schemes enriching the sumptuous interiors of the aristocratic and wealthy. The Mazarin Chest, which was made in Kyoto in the late 1630s to early 1640s and has belonged to the Victoria and Albert Museum since 1882, is the largest and most spectacular survivor of this specialist industry. Since 2003 it has been the focus of a major research and conservation project involving curators, conservators and scientists in the UK, Germany, Japan and Poland. The main outcomes of this and related research, initially presented at an international conference held at the V&A*, are published in this discipline-defining compilation of twenty-one papers.

The recognition, acceptance and negotiation of cultural differences have been core concerns of the Mazarin Chest Project. It is for this reason that this title is published in English and Japanese: the English edition as hard copy with the Japanese digital version included on a DVD.

This title has been published in association with the Victoria and Albert Museum.

Out of touch: on the sensorial in the historical interpretation of Japanese lacquer

Maritime trade in Asia and the circulation of lacquerware

How many 'Mazarin Chests' were there?

Japanese lacquer in eighteenth-century Europe: status and value - market price of craftsmanship and the canon of the grand arts

The autofluorescence of Asian lacquer

Japanese lacquered armour in context: cross-sectional analysis as an aid for appraisal

An investigation into the cleaning of red lacquer (urushi)

A cornucopia of carving techniques: an analysis and treatment of a Qing dynasty lacquered screen

Conservation of the photodegraded surface of the Mazarin Chest 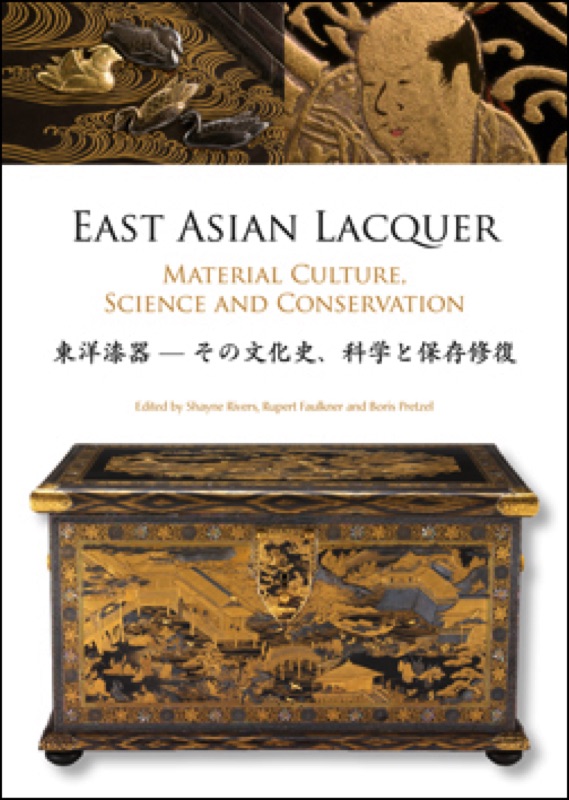