Emblems for a Queen

The Needlework of Mary Queen of Scots

The many pieces of embroidery by Mary Queen of Scots or by Elizabeth Countess of Shrewsbury ('Bess of Hardwick') are among the best-known and most fascinating examples of historical embroidery. However, many questions surrounding their meaning and purpose - and, above all, the sources and patterns used for their imagery (including birds, fish, flowers, monograms, emblems and other devices) - remain unanswered.

In 1548, the five-year-old Queen of Scots left her native Scotland to begin her French upbringing as the future Queen of France and it was here that she learned the art of decorative needlework, continuing with the craft during the last twenty years of her exile and confinement in England. Many of her embroideries have survived and can be seen at Oxburgh Hall (Norfolk), the Victoria and Albert Museum and elsewhere, but many more have since disappeared. In this new study Michael Bath not only describes and illustrates the surviving embroideries, but also documents from early records a large number of those that have disappeared.

Many of these embroidered panels use emblems, combining a symbolic image with a learned adage, and Professor Bath shows how, in their own day, these were believed to hold moral, political and religious messages which expressed the Catholic queen's values, purposes and intentions. For this reason we find records of them in the forgotten files of the Elizabethan secret services. Mary's emblematic embroideries shed new light on issues surrounding one of the most controversial figures in English and Scottish history. At the same time, this new study shows exactly what sources - prints, engravings, book illustrations - the embroiderers drew on for their patterns, and it includes the first full catalogue raisonne of all the known embroideries created by these two remarkable women.

The language of flowers

Catalogue of the embroideries:

The story of the handiwork, at times sinister, reflecting the dangerous political undercurrents of the era, makes fascinating reading...This is a well-researched addition to Marian literature, which not only tells of Mary's surviving and lost embroidery, but also demonstrates the important part it played in her life.

Michael Bath has produced an erudite work which will appeal to historians and embroiderers alike. It is very interesting and extremely readable from the timeline of key events in Mary's history to the appendices and comprehensive notes and references - a superb book.

Basing his arguments on very careful reading of the texts of the illustrated books that were Mary's principal sources, Bath demonstrates the full potential of prints to help explain why works of art look the way they do. What more can one ask?

The author’s very detailed knowledge of emblematic literature and the visual imagery of sixteenth-century England, Scotland and France contributes to a new and more detailed understanding of Mary’s embroideries...The careful scholarship is clearly presented and argued in an eloquent style, making the book accessible to both an expert and a lay audience. In addition, Emblems for a Queen is beautifully and lavishly illustrated...Emblems for a Queen represents a superb example of expert research of material objects and deserves a wide audience of scholars and students of emblematic studies, sixteenth-century textile history, literary history, material cultural, women’s history, and the decorative arts.

...this excellent book is not only a revelation of the Queen’s own cultural world, but of the internationalism and cultivation of her milieu.

This is a very well researched book for both Mary Queen Scots' supporters and needlework enthusiasts...Mary's story is so well known but this book brings alive the part that her needlework played in her life and what a superb needlewoman she was. 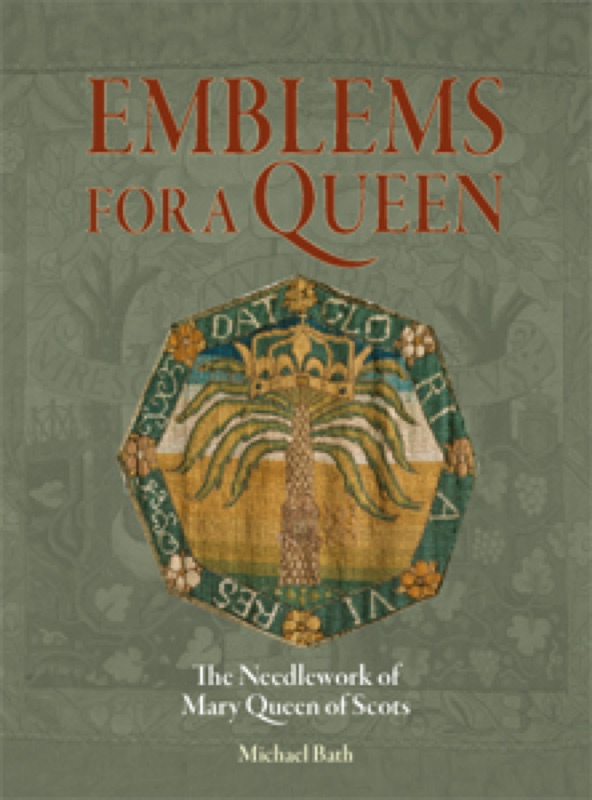