Inspired by the European project, Bosch & Bruegel: Four Paintings Magnified, this book contains papers from the international conference Copying, Replicating & Emulating Paintings in the 15th-18th Century in Copenhagen organised by the Centre for Art Technological Studies and Conservation (CATS). This multidisciplinary approach was reflected in the thoughtful and varied selection of art historians, conservators and scientists who presented papers over the two day conference.

The authors in this extensively illustrated volume explore how art historical and technical examination of 15th-18th century European paintings conducted in tandem not only address key subjects such as meaning, materials and manufacturing techniques, but also allow fresh perspectives on the prevailing workshop practices of copying, replicating and emulating paintings.

1 Copies of Prototypes by Quentin Massys from the Workshop of his son Jan: the case of the butter Madonna - Maria Clelia Galassi

6 A Technical Study of portraits of James VI and I attributed to John de Critz (d. 1642); Artist, workshop and copies - Caroline Rae and Aviva Burnstock

8 Materials as Markers: how useful are distinctive materials as indicators of master or copyist? - Libby Sheldon and Gabriella Macaro

10 The problem of the portrait copies painted by Rubens in Madrid, 1628-29 - Jeremy Wood 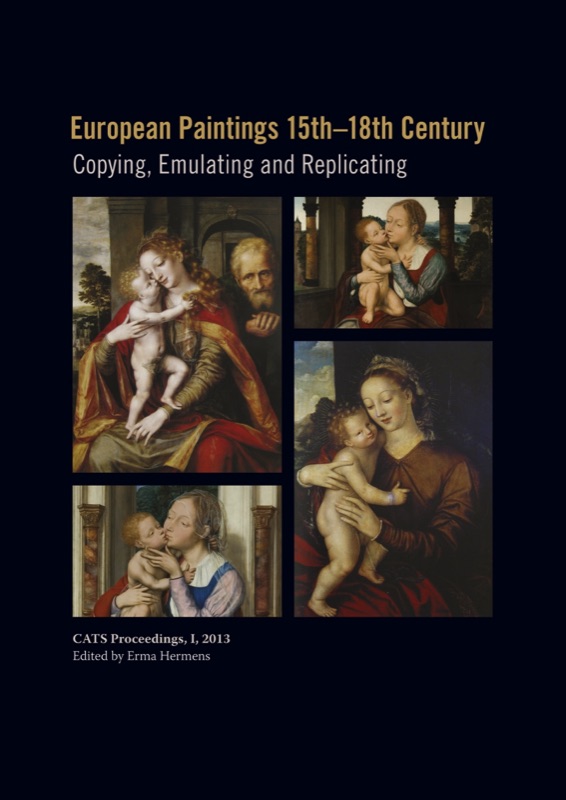