Contributions to the Dublin Congress 7-11 September 1998

The mediaeval polychromy of the Majestic West Portal of Toro, Spain: insight into the workshop activities of late mediaeval painters and polychromers

The recipe collection of Johannes Alcherius and the painting materials used in manuscript illumination in France and Northern Italy, c. 1380-1420

Painting on parchment besides miniatures: scientific analyses and a study of the artistic techniques of Giovannino de’ Grassi’s model book

The construction and painting of a large Castilian retable: a study of techniques and workshop practices

Oil painting in the late Middle Ages in Spain: the relationship of style to technique in the Epiphany Altarpiece of Saint Paul’s Convent in Toledo

Stylistic, technical and material developments in the paintings of Giovanni di Paolo

Catherine A. Metzger and Michael Palmer

The relationship between Albrecht Dürer’s palette and fifteenth/sixteenth-century pharmacy price lists: the use of azurite and ultramarine

Artistic exchange and experimental variation: studies in the workshop practice of Lucas Cranach the Elder

The development of painting on coloured surfaces in sixteenth-century Italy

The Elizabethan wall paintings of Hill Hall: influences and techniques

Antwerp artists and the practice of painting on copper

Sixteenth- to eighteenth-century green colours in landscape and flower paintings: composition and deterioration

A new lead-based yellow in the seventeenth century

The political construction of fragility and French arts policy around 1750

Nineteenth-century paint media: the formulation and properties of megilps

An examination of the relationship between the materials and techniques used for works on paper, canvas and panel by Honoré Daumier

G.F. Watts in context: his choice of materials and techniques

Methods and materials of the Pre-Raphaelite circle in the 1850s

Absorbent grounds and the matt aesthetic in Post-Impressionist painting

The Life of a Painter: technical information in painters’ biographies and autobiographies published in Britain 1820-1940

Painting materials research in Munich from 1825 to 1937 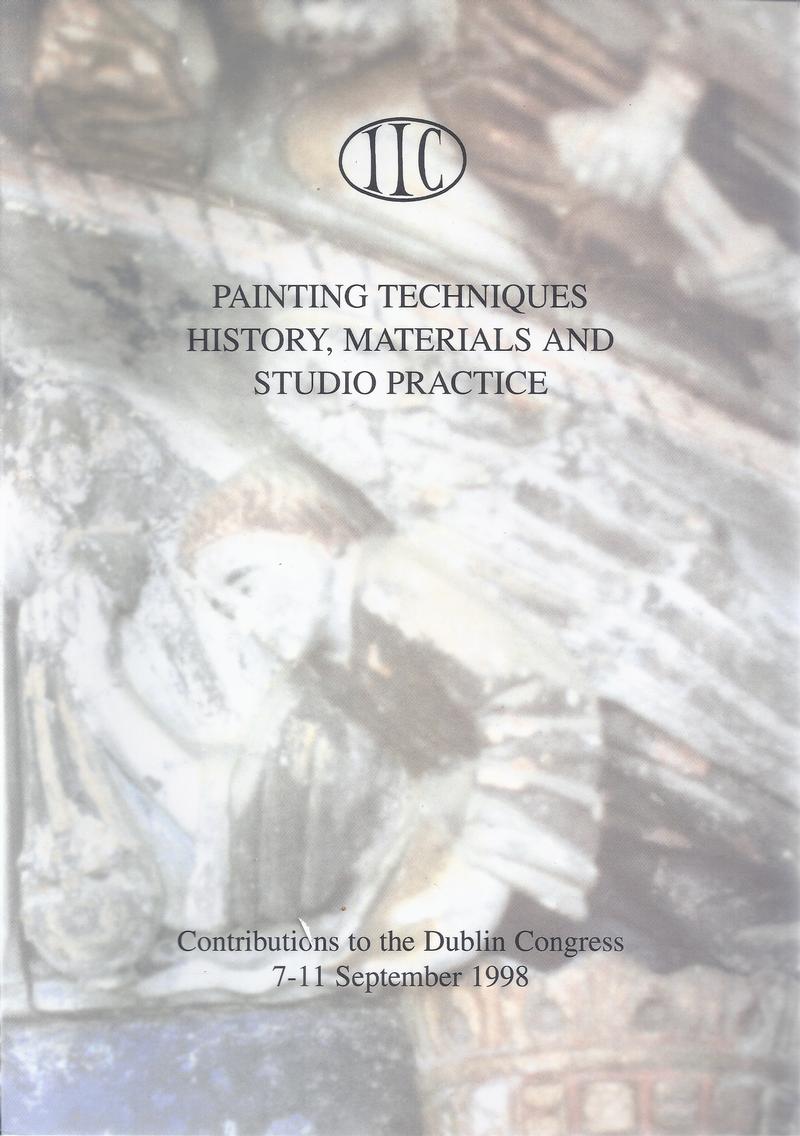