An Exploration of the Saddle through History

There is no need to delve deeply into English history to appreciate the importance of the horse and its saddle. Saddles carried Roman, Saxon and Norman invaders across Britain, sustained the peripatetic English monarch and court, and advanced Tudor trade and Stuart civil war. From the 18th century the English saddle developed rapidly into the world's leading design and remains pre-eminent today.

It is not difficult to find recent books describing the classic English saddle of the 19th and 20th centuries, but none deal with earlier saddles. The authors of the present volume, which is based upon a conference held in 2002 at Saddlers' Hall in London, explored rare books and manuscripts, private and fine art collections, archaeological fragments, museum stores and family records to piece together this account of the historic antecedents of the English astride saddle and the parallel development of the side-saddle.

Few people in history owned saddles as these were cumbersome and expensive objects. Although horse ownership increased after the Middle Ages, saddle survival depended upon a coincidence of care, neglect and good fortune. The conservation of several of these rare survivals has made it possible for their hand manufacture and original decoration to be described and illustrated for the first time. This book describes how collaboration between archaeologists, restorers and experimental riders enabled a Roman saddle to be recreated and ridden.

The saddle in Anglo-Saxon England and its European background

The medieval war saddle and its accessories

The saddle of Henry V at Westminster Abbey Library

The conservation of a 16th-century war saddle

The saddle from Unicorn Passage, Southwark

Conservation of the saddle from Unicorn Passage, Southwark

Saddles of the Stuart period

The history and development of the side-saddle

The editor and authors of this book are to be congratulated on bringing this item of equipment out of the shadows and illustrating that, far from being merely a prosaic seat, the saddle is a key statement on the fundamental nature of the human/horse relationship through time. 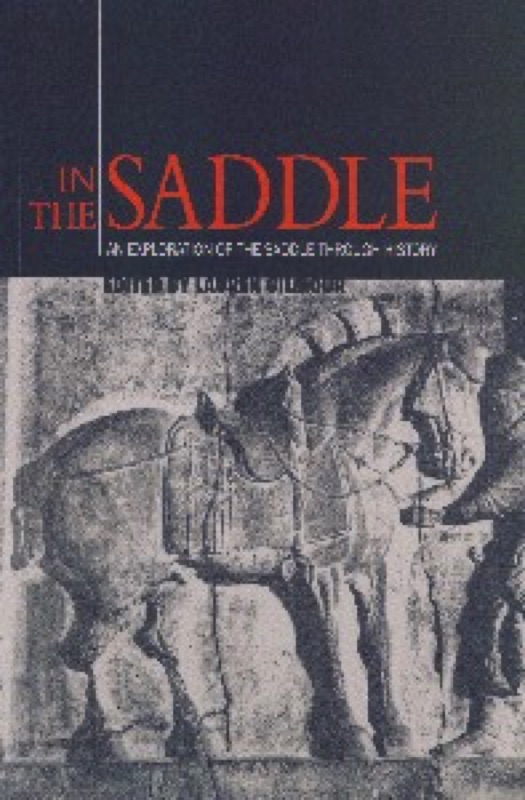