Landscape, Site and Symbol in the Andes

This book focuses on one of the most significant manifestations of Inca sacred space - the ‘ushnu’ - a place of sacrifice, ritual and celebration, where the sun god was worshipped and where astronomical observations were made to monitor the yearly seasonal cycle. Physically the ushnu is a (stone built) stepped platform linked to a drain or a basin into which liquids can flow. The ushnu is seen as a place for the circulation of sacred essences between the world of the gods, the ruler, his people and their ancestors.

The authors in this book examine the practical and symbolic principles underlying the construction of ushnus, the rationale for their placement, their function within the landscape and the activities that took place on them. The ingenious symbolic and practical architectural construction of the ushnu complex was deployed to appropriate and transform newly conquered subject territories. The best-known surviving ushnu platforms are conspicuous features at all the main settlements and administrative centres on the Inca royal roads, and at nodal points in the wider environment. This great arterial network and its associated ushnucomplexes were fashioned to enhance the productive capacity of the landscape and to regulate the flow of key agricultural commodities. When Pizarro took the Inca king, Atahuallpa, prisoner, he did this at a location of Atahuallpa’s choice which we now know to have been the ushnu platform at the centre of the Inca site of Cajamarca, in the Northern Highlands of Peru. The papers united in this volume review the nature, expression, role and function of the ushnu concept from its pre-Inca origins through its interpretation in Tawantinsuyu, the Inca empire into its current Andean cultural context.

These papers were presented at a two-day conference at the British Museum in November 2010 and the BM have recently released this video on their project:

The ushnus of Cusco and sacred centres in Andean ethnography, ethnohistory and archaeology

The Link: of sacred persons and places

Boundaries at the roof of the world: the ushnu and divisions in political and religious space

Learning about ushnus: social memories of the Inca state in a modern school setting in highland Bolivia

From Cuzco to the Four Quarters & vice-versa: connecting sacred spaces through the movement of stone, sand, and soil

'Ritual Mixing': An Ethnographic Approach to the Combination of Fills from Different Origins in Inca ushnu platforms

If All the World's a Stage Then What's anushnu?

Sacred Mountains and Rituals in the Andes

The Incas in the territory of the Chancas: Usnukuna Platforms and their Antecedents

Altars and Altitude: The ushnu and the puna during the Late Horizon

Astronomical Observations on Inca ushnus in the Southern Andes

The Centre of the World and the Cusco ushnu Complexes

The ushnu, the centre of the Inca world: an overview from the highlands of Piura, northern Peru

Tambo Colorado: An ushnu and more

Afterword: power and propitiation in the Andes

This is a terrific book...The volume is well-edited, superbly illustrated, and consistently insightful...comparative chapters are complemented by outstanding case studies...This brief review cannot fully convey the rich insights throughout Inca Sacred Space: Landscape, Site and Symbol in the Andes which the reader should study and savor. 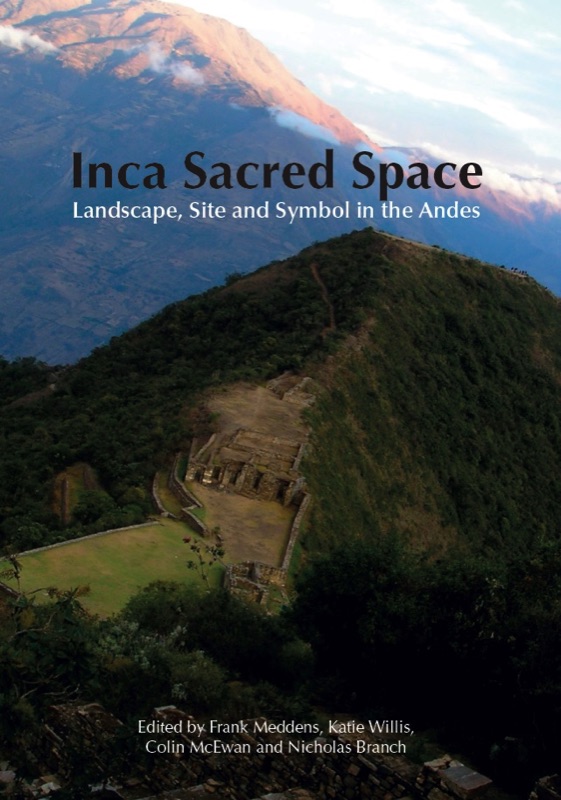