Iron and Steel in Art OOP

This book will be of interest to all who seek to further their understanding of iron artefacts, their corrosion, conservation and pigments based on iron compounds, which mankind has used for millennia. The authors take the reader through some of the latest observations on the occurrence and role of compounds of iron - from the hot water undersea vents where the presence of iron pyrites is thought to be vital to the emergence of life on Earth to the discovery of jarosite on the surface of Mars, possibly indicating the occurrence of water; from the pyrophoric surprises one can have when dealing with iron artefacts taken from beneath the sea to the use of a blue oxide of iron as a pigment in mediaeval wall paintings; from rusticles on the Titanic to the analysis of colouring matter on the Turin shroud.

The great variety of iron compounds is examined (from the simple oxides to the exotic green rusts, from Prussian blue to yellow jarosites), the corrosion of iron in different environments is discussed and a critical review of the many attempts to conserve iron is presented. This volume will serve as a useful textbook on the subject for many years.

Iron and steel: an introduction

Constituents of iron and steels

Iron dowels in structures and buildings

Use of iron zinc oxide

An introduction to Potential-pH diagrams

Origin of the iron sulphides

Iron corrosion in the soil

Deterioration in the soil

Degradation of wood and other organic materials

Petrification and replacement of organic material in burial environments

Iron corrosion in the atmosphere

Effects of copper and other alloying elements

The iron pillar of New Delhi

Introduction to the conservation of iron objects

Conservation of iron from the soil

Techniques based on reduction and heating

Techniques based on aqueous extraction

Restoration of the Statue of Liberty

Preservation of the SS Great Britain

The behaviour of cast iron during a fire

Conservation of iron from marine sites

Reconstruction of the form of totally corroded iron objects

Assessing the efficacy of treatment

I am very glad to have read this book and it will fit nicely alongside Salaman's dictionaries and similar volumes. It is of similar textual quality and will not be out of place.

The publication is well produced with lots of diagrams and a number of excellent colour plates...[It] is an ideal reference book.

...the authors have presented a state of the art report on iron and its compounds used in art...this book will be interesting for everybody...who want[s] to improve [their] understanding of iron and its artefacts, their corrosion, conservation and pigments based on iron compounds and all those [who] work with any kind of iron.

...as a basic text for students and conservators who need to know about iron, this book is a valuable source of information. It contains all that you think you need to know about this fundamental archaeological material and a lot that you did not think you ought to know. It is to be thoroughly recommended. 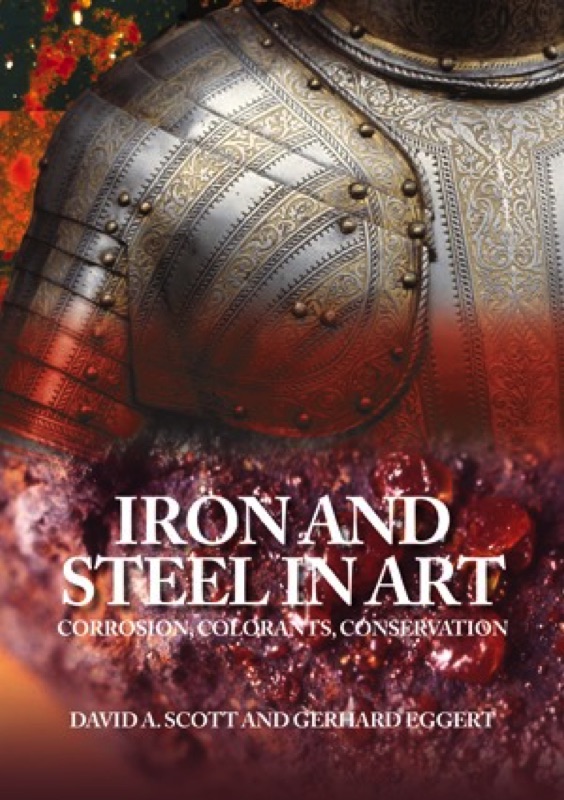