The papers in this volume go some way to correct some of the misinterpretations presently found in archaeological reports. Contributions cover many aspects of research into the evidence from prehistoric, Roman, medieval and early modern periods as well as descriptions of traditional techniques still used in different parts of the world today. Whilst the emphasis is on the interpretation of the evidence for leather tanning surviving in the archaeological record, other aspects such as standing tannery buildings are also considered.

A range of information given in this volume summarises our current understanding of the evidence for the processing of hides and skins in the past, and also serves to challenge received views by considering some of the traditional methods still being practised. These papers show it is important to consider the evidence of each potential tanning site on its merits and not to dismiss the possibility of a tannery occurring in what, at first, might appear to be a less than favourable location. It is hoped that a better informed appreciation of the technologies involved in processing hides and skins will go some way to prevent some of the over-imaginative interpretations that still appear in the literature.

Have we got a tannery? The archaeology of the skin-processing industries

An introduction from the perspective of a field archaeologist

Skin, leather and tanning - some definitions

Have we got leather waste from a tannery?

Preparing skins in prehistory - a review of evidence and approaches

Are we missing something? The elusive tanneries of the Roman period

A question of tannage - leather from Anglo-Saxon contexts

Everything but the leather - the search for tanneries in Flemish archaeology

Tanning and related industries in Birmingham, 1200-1800

Was there a leather tanyard at Rye?

Lawrence Stevens, with a contribution from Quita Mould

The leather-production industry in Bermondsey - the archaeological evidence

Can we identify a tannery from waste products? Evidence from Sussex

Hide and seek - some thoughts on identifying tannery structures

...the book is recommended to any leather chemist who knows, or wishes to know, something of early processing linked to an interest in local history...[It] has been well presented and is very readable.

...the range of information presented [in this book] is extensive, and not only summarises our current understanding of the evidence for the processing of hides and skins in the past, but also serves to challenge some of the received views and over-imaginative interpretations that still appear in the literature. The book will be of interest and value to any conservator working with skins and leathers, however produced and however used, and especially archaeological conservators dealing with waterlogged leather and other organic remains from possible industrial sites.

I strongly encourage anyone involved in archaeology or interested in leather and related crafts to buy this volume, which will become a standard reference work on the subject. It is readable, and makes the processes tangible [and] comprehensible. 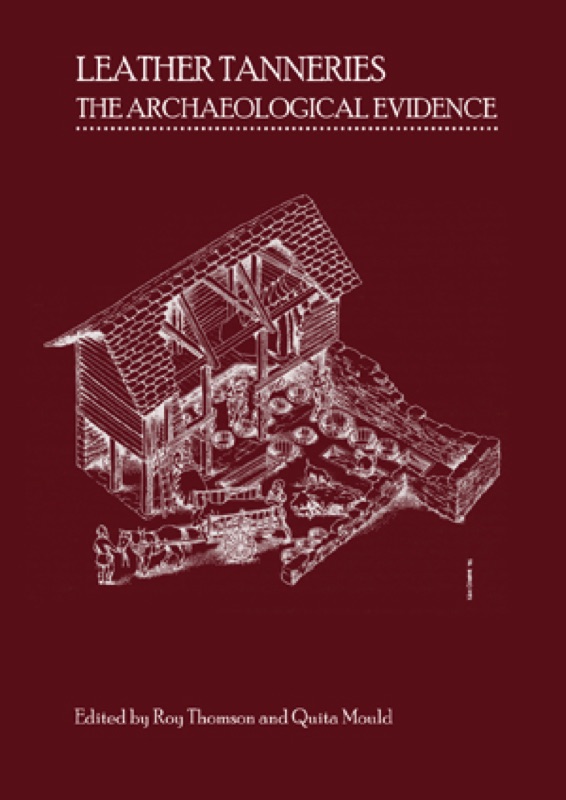