This collection of writings on the subject of medieval painting and polychromy in northern Europe celebrates the 70th birthday of Unn Plahter, Professor at the University of Oslo. Throughout her long career, Unn has assumed many roles, among them prolific scholar, tireless promoter of education in conservation and active participant in the international conservation community. The contributions in this book have been chosen to reflect Unn's wide range of research interests in the field of medieval painting. They present an in-depth analysis of many aspects of medieval painting technique, at the same time providing a much-needed entry into the rich Scandinavian scholarship, which is largely unavailable in English. Further context is offered by the inclusion of important English comparative material and of broader studies of medieval painting and aspects of analysis, all extensively illustrated with colour reproductions.

The contributions contained herein comprise definitive studies by some of the most prominent medieval scholars in Europe and entirely new technical investigations of important medieval objects. Divided into three main categories - technical studies of individual objects, technical art history and analysis and art history - this book is essential reading for anyone interested in medieval painting and polychromy.

The crucifix from Hemse: analyses of the painting technique

The St Olav from Fresvik and the St Paul from Gausdal: two medieval polychromed sculptures. Part 1: form and polychromy

Painted wood from the eleventh century: examination of the Hørning plank

Wall painting technology at Westminster Abbey c. 1260-1300: a comparative study of the murals in the south transept and the Chapel of St Faith

The materials and techniques of the c. 1307 Westminster Abbey Sedilia

The original technique of the Westminster Abbey portrait of Richard II

A brief tale of incompatibilities

'The third element': preliminary notes on parchment, canvas and fibres as structural components related to the grounds of medieval and Renaissance panel paintings

Shells as palettes and paint containers in England

Analyses reconsidered: the importance of the pigment content of paint in the interpretation of the results of examination of binding media

The Norwegian and Swedish crucifixi dolorosi c. 1300-50 in their European context

This book fulfils and exceeds the promise of its title, and it should be drawn to the attention of any conservator or art historian concerned with any European painting before around 1500. 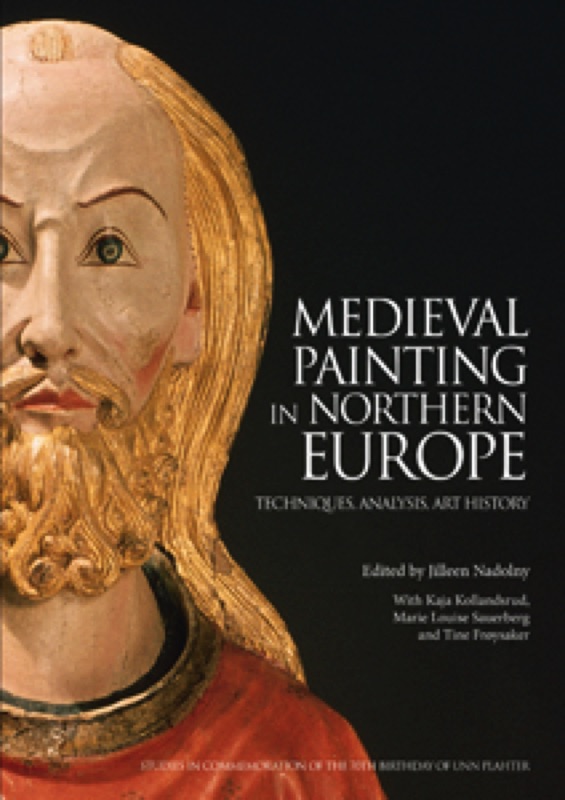