The papers presented here provide a good overview of the breadth and depth of current archaeometallurgical research related to Asia and beyond. Many of the issues raised in this book, such as the beginnings of bronze metallurgy in China, the early history of lost-wax casting in Asia, the development of early steel-making technology in Europe and Asia, and the role of the steppe influence in metalworking in Eastern Zhou China, will continue to attract substantial research interest. The important role which casting technologies have played in large parts of Asia is immediately evident, as is the importance of studying technical aspects not in isolation, but as parts of complex and multi-dimensional cultural developments. It is evident that long-distance cultural connections and technological inspirations remained active over many millennia. The richness of past and present interactions, the ever-expanding archaeological knowledge (many of the papers are based on the most recent archaeological discoveries), and an increasing cooperation across disciplinary, geographical and political boundaries visible in this volume are impressive.

Foreward by Robert Maddin, Chairman of the BUMA Standing Committee

Ancient metallurgy in the Eurasian steppes and China: problems of interactions

Early metallurgy in China: some challenging issues in current studies

Metal trade between Europe and Asia in classical antiquity

The black bronzes of Asia

Origins and evolution of the casting technology of Anyang bronze ritual vessels: an exploratory survey

From western Asia to the Tianshan Mountains: on the early iron artefacts found in Xinjiang

Fine structures: mechanical properties and origin of iron of an ancient steel sword excavated from an old mound in Japan

Specialisation in iron- and steel-making in the early Middle East and Central Asia: myths, assumptions and a reassessment of early manuscript evidence

The early history of lost-wax casting

The liquation process utilised in silver production from copper ore: the transfer to and development in Japan

A technical study of silver samples from Xi'an, Shaanxi province, China, dating from the Warring States period to the Tang dynasty 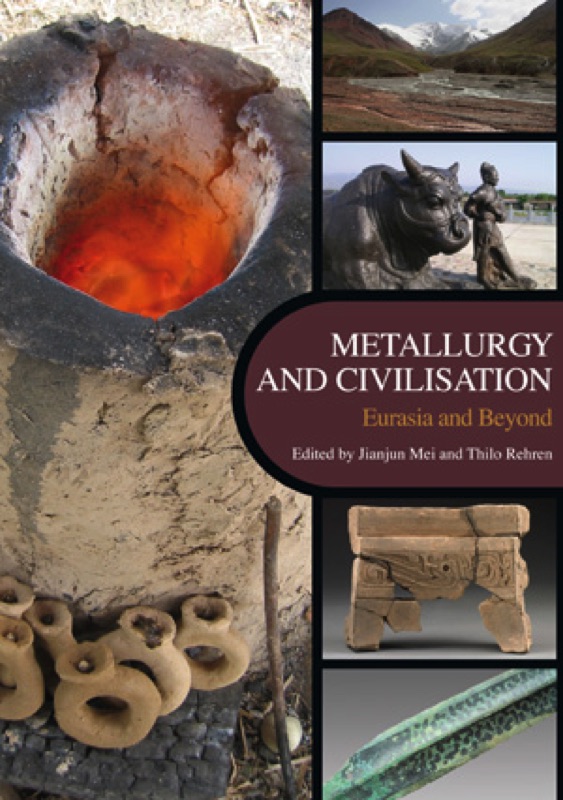