In the 30 years since the first British Museum volume dedicated to the scientific study of early metallurgy, there has been great progress in understanding the diversity of processes by which ores were mined and smelted as well as significant advances in the methods of study of these. In particular, the experimental replication of ancient processes has assumed ever greater importance.

This volume arose from the conference Metallurgy: A Touchstone for Cross-cultural Interaction which took place at the British Museum to celebrate the enormous contribution to the study and understanding of metallurgy made by Paul Craddock during his 40 years at the Museum. The papers largely relate to mining and extractive metallurgy. The inception and nature of the first smelting technologies of copper and tin in Southeast Asia, the Middle East, Europe and Africa, and of zinc in China and iron in Africa, the Middle East and Britain are discussed together with insights into the archaeology and experimental replication of the processes. The authors are drawn from major institutions worldwide, reflecting the international interest the subject now commands.

Published in association with the British Museum.

Zambujal and the beginnings of metallurgy in southern Portugal

On the Edge of success: the scientific examination of the products of the Early Mines Research Group smelting experiments

Towards a functional and typological classification of crucibles

Records of palaeo-pollution from mining and metallurgy as recorded by three ombrotrophic peat bogs in Wales, UK

Prehistoric copper production at Timna: thermoluminescence (TL) dating and evidence from the East

On the origins of metallurgy in prehistoric Southeast Asia: the view from Thailand

The first use of metal on Minoan Crete

One hundred years on: what do we know about tin and bronze production in southern Africa?

Of brass and bronze in prehistoric Southwest Asia

Brasses in the early metallurgy of the Iberian Peninsula

Roman brass and lead ingots from the western Mediterranean

Gerd Weisgerber with contributions by Paul Craddock and Nigel Meeks, U. Baumer and J. Koller

Copper-based metal in the Inland Niger delta: metal and technology at the time of the Empire of Mali

The origin and invention of zinc-smelting technology in China

Innovations in bloomery smelting in Iron Age and Romano-British England

The anatomy of a furnace ... and some of its ramifications

...I would recommend this book as a single source for a conservator interested in following recent research in archaeometallurgy.

This is a premier collection of leading researchers, an excellent advertisement for the field of archaeometallurgy, and a worthy tribute to Paul Craddock. The expertise of the authors is complemented by the extremely high standard of design and typography by Archetype Publications, with high-resolution colour printing throughout. 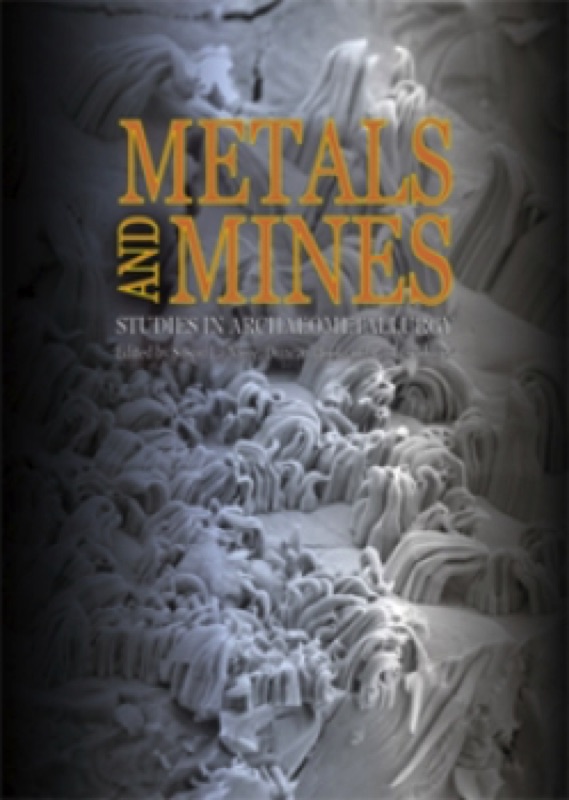