These collected essays on medieval painting and polychrome sculpture draw on a spectrum of vantage points and methodologies for studying the phenomena of painting over c.450 years. The papers are based on discussions held in Oslo in 2010 on topics related to medieval objects in Scandinavian collections.

The aim of these discussions was to generate a multifaceted overview of current scholarship devoted to medieval paint and painting, and its changing faces and meanings. The sum of the individual contributions is a panorama of the sort that has come to characterise the interactions and rich discourse between conservators, conservation scientists and historians. The resulting knowledge base has become a theoretical and practical underpinning for a project known as ‘After the Black Death: Painting and Polychrome Sculpture in Norway, 1350–1550’ , which is based in Conservation Studies at the University of Oslo.

The medieval collection of the Museum of Cultural History, University of Oslo: a tradition of scholarship Erla Hohler and Noëlle L.W. Streeton

Part I. Locating the sacred

The presence of the sacred: relics in medieval wooden statues of Scandinavia Lena Liepe

Distribution of reliquaries and relics in the bishopric of Hólar, c. 1320 Jón Viðar Sigurðsson

The Sedes Sapientiae of the van den Peereboom donation to the Royal Museum of Art and History in Brussels. Materials and techniques of a polychrome sculpture from the beginning of the thirteenth century Emmanuelle Mercier and Jana Sanyova

The tester over the tomb of Richard II and Anne of Bohemia, Westminster Abbey Abigail Granville

Bernard van Orley’s The Marriage of the Virgin and Christ Among the Doctors: technical examination and the search for context Carol Christiansen and John Hand

The book, which is an attractive volume with colour images throughout, covers a lot of ground, temporally, geographically and thematically. [...] This volume allows access to English speaking audiences for material often tackled in German and French. It is also a welcome taster of the fruits of research set to come from the researches of the Painting and Polychrome Sculpture in Norway, 1350-1550 project in coming years.

The relatively small format of this book belies its ample content. [...] Its content centres on the considerable advantages to be gained by actively pooling different specialist-centred methods of object research, particularly as found in the relatively new field of "technical art history", a combination of traditional academic art-curatorship and conservation in both its scientific and practical forms. [...] On the whole, each of the essays delivers an interesting perspective on recent advances in research methods, albeit in the very specific geographical and chronological context of the publication.

Interesting and stimulating [...] this rich collection of essays manages to fulfill the objective of the conference 'to gain a multifaceted overview of current scholarship devoted to medieval paint, painting and its contexts,' and manages to provide the reader with insights into some lesser known works and locations of medieval paint and piety. 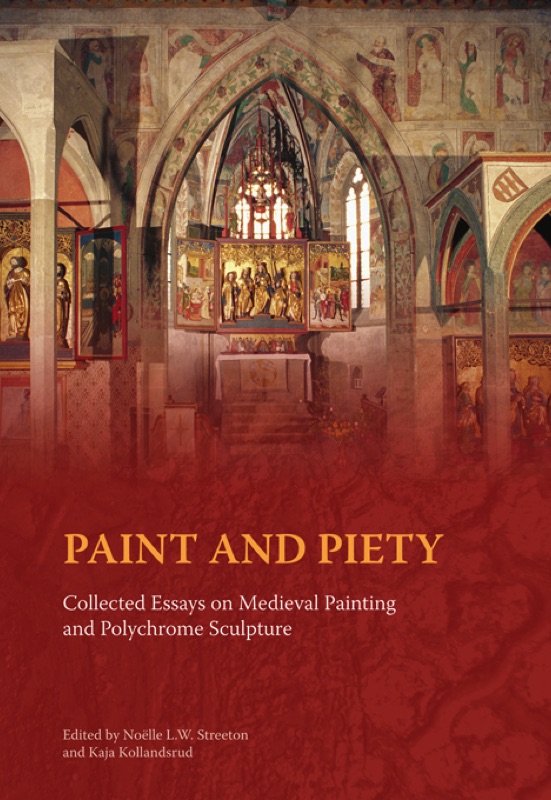