Perspectives on the Painting Technique of Jan van Eyck

Conservators and art historians have relied heavily on scientific evidence from the Ghent Altarpiece to support theories about the working methods and materials of Jan van Eyck. However, should these theories be directly applied to van Eyck's other paintings?

Noëlle Streeton has examined surviving paintings attributed to van Eyck, his contemporaries and earlier artists, alongside the conservation dossiers for these works. By focusing on demonstrable physical differences between the Ghent panels and other paintings, especially those in the van Eyck corpus, she has woven a narrative for van Eyck that brings greater clarity to ideas that surround this painter's workshop practices and choices of materials over time. This might be considered an end in itself, but for some these results on their own fail to offer satisfying insight into the much-debated nature of van Eyck's technique. For this reason, she also proposes a broader context for painting in late medieval Bruges.

Technical Studies in the Field of Fine Arts

Materials research and the art historian

Chapter 2 Van Eyck and the tradition of oil painting

The materials of northern European painters: research since the 1950s

Past and present: rethinking the literary tradition of oil painting

From the specific to the general: the roots of misconception

Three Marys at the Tomb

Copper green and the landscape tradition

The Virgin in red

The importance of lead white

Chapter 5 Where from here? Building a context for van Eyck’s workshop

Bruges and the North Sea economy

The Hanseatic League and Baltic oak

From the Mediterranean by sea

Shortages of gold and silver

Merchants and the Anglo-Burgundian alliance

The Peace of Arras and its consequences

A context for painting in Bruges

Appendix I Paintings under investigation

This gorgeously illustrated volume is at once interesting and informative, giving a neat overview of the artist and his most famous work that highlights the importance of the technical data but also reflects on the wider context surrounding it. [...] A highly recommended read, not just for van Eyck enthusiasts but also for anyone with an interest in technical art scholarship relating to fifteenth century art. 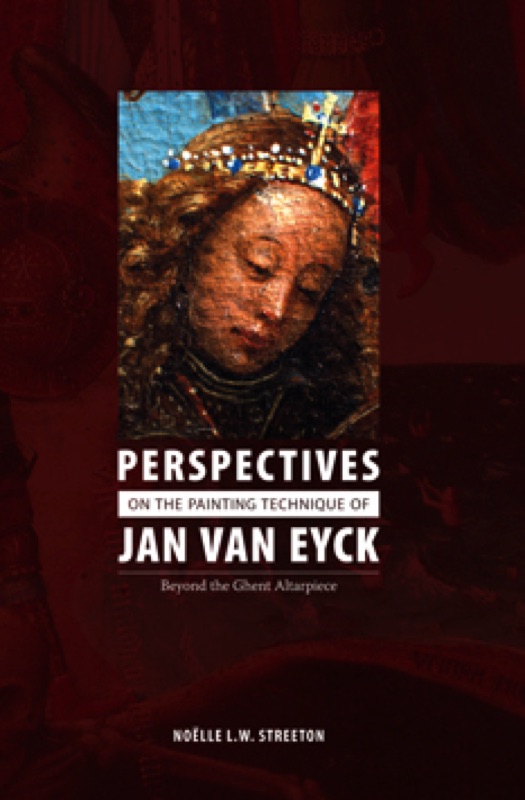