The Artist's Choice and its Consequences

The aesthetic qualities of a painted work of art are determined by composition, the colours used and the application method. Equally important are the support and its preparation. Preparatory layers are fundamental to the creative process and to the perception of the work: they influence the final surface texture, the paints' luminosity and the durability of a painting. For centuries painters were well aware of these facts and took great care in this stage of the process.

These papers were presented at the first conference devoted to preparatory layers used by artists, organised by the working group 'Paintings: scientific study, conservation and restoration' within the Conservation Committee of the International Council of Museums (ICOM-CC) in 2007 at the British Museum, London.

A wide range of issues is covered including the consideration of the preparatory layer(s)' function: optical properties, terminology, as well as materials and techniques used in the preparation of more unusual supports. The results of technical examination, experimental reconstruction and analysis of documentary sources provide fascinating insights into the relationships between supports, preparatory layers and artistic forms of expression; they offer new insights on the origin and dissemination of certain techniques and related questions of artistic exchange. Furthermore, the influence of preparatory layers on mechanical properties, changes in appearance and deterioration as well as the impact on conservation treatment decisions are explored. The influence of the environment on traditional and modern materials is addressed.

An icon of St. George: preparation for a portrait of a saint

Not just panel and ground

The colour of canvas: historical practices for bleaching artists' linen

Not preparation but impregnation: transparent paintings of the late eighteenth century painted by Giovan Battista Bagutti (1742-1823)

'The whole world is angelikamad': preparatory layers on canvas used by Angelika Kauffmann

The mechanical response of flour-paste grounds

Canvas and its preparation in early twentieth-century British paintings

Delaminating paint films at the end of 1950s: a case study on Pierre Soulages

Filling materials for easel paintings: when the ground reintegration becomes a structural concern

The broadly chronological account of the use, variants and developments of ground layers in painting is an extremely useful, accessible resource. The essays are well illustrated, with diagrammatic images and detail photographs documenting examples and results dicussed within the text. The reliance on, and importance of contemporary sources as well as scientific analysis, reconstructions and mechanical testing is emphasised throughout, with useful examples that inform our understanding of the provenance and behaviour of paintings and aid conservation decisions. 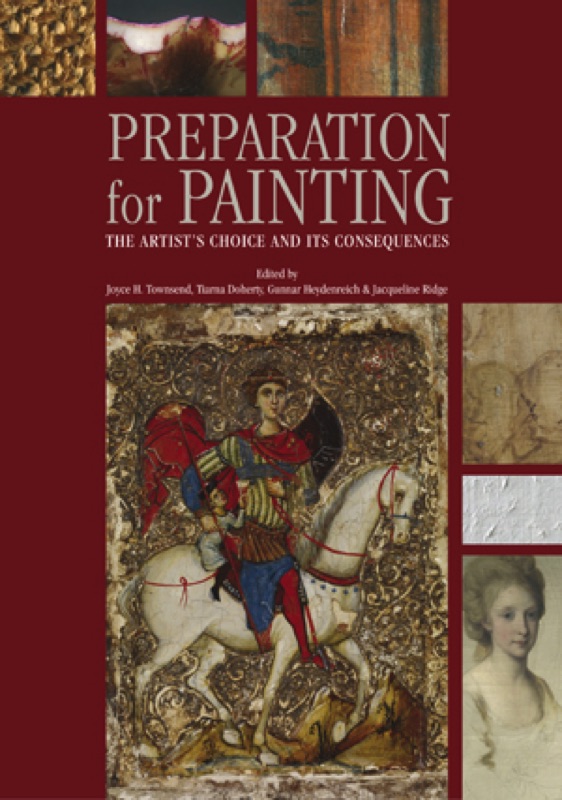