***This title's status is officially 'reprint under consideration' but we have a few very slightly imperfect copies which is why we have kept it as 'current' on our website. Before you purchase, we are happy to send you an image of these books to show you the very slight damage***

Various attempts were made to raise the ship. In the 1660s attention turned to salvaging the ship’s consignment of bronze cannon, while the hull itself remained relatively undisturbed at the bottom of the sea until April 1961 when the great ship was raised from the waters of Stockholm harbour. Conservation and reconstruction was to prove a far cry from plain sailing...taking almost 30 years before the ship was placed on permanent display in the purpose-built Vasa Museum in central Stockholm.

This book, published in association with The Vasa Museum, documents how this huge ship survived the forces of decay; how the conservators of the 1960s approached the task of preserving such an enormous volume of waterlogged wood; what needs to be done to preserve the ship for future generations and how the ship is looked after on a daily basis.

2. On the Harbour Bottom

7. Life in the New Museum

Emma Hocker presents this story in a readable and often gripping way. It is as accessible to the intelligent lay reader, clearly written and without jargon, as it is to the professional conservator or archaeologist concerned with the preservation of wooden ships and maritime finds. For the latter it includes a full bibliography of technical references. It thus achieves the best of both worlds, and can warmly be recommended to interested readers at any level. 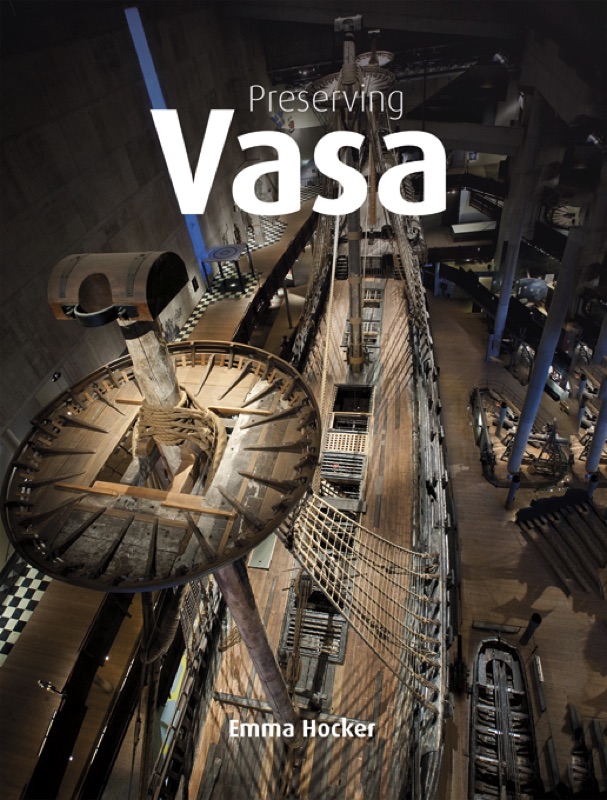