Scientific Research on the Pictorial Arts of Asia

Investigations into a variety of materials and techniques used in creating pictorial art from various parts of Asia are presented in this volume: painted reliefs in a Cambodian temple; wall paintings in India; panel paintings in the Philippines; the figures of gods and guardians in a Japanese temple; paintings on silk and several papers covering aspects of the materials, pigments, painting and printing techniques used in works of art on paper. This preponderance of investigations relating to paper seems appropriate given the invention and extensive use of paper in Asia, and East Asia in particular.

This volume is the second in a series of Forbes Symposium proceedings. The fist title, Scientific Research in the Field of Asian Art, edited by Paul Jett with Janet D. Douglas, Blythe McCarthy, and John Winter, was published in 2003 (by Archtype Publications in association with the Freer Gallery of Art, Smithsonian Institution). The next Symposium volume concerns the scientific study of Asian sculpture.

The identification and light sensitivity of Japanese woodblock print colorants: the impact on art history and preservation

Dayflower blue: its appearance and lightfastness in traditional Japanese prints

Shiho Sasaki and Elizabeth I. Coombs

Foxing on the backs of Chinese paintings

Crossing the line: the interplay between scientific examination and conservation approaches in the treatment of a fifteenth-century Nepali thangka

Kalighat Pats: an examination of techniques and materials

The conservation of the cultural property of India: board games depicted as murals

Artistic practices of the Bohol school of painting: an analytical and archival study of nineteenth-century panel paintings in the Philippines

Wall decoration systems in the temples of Angkor 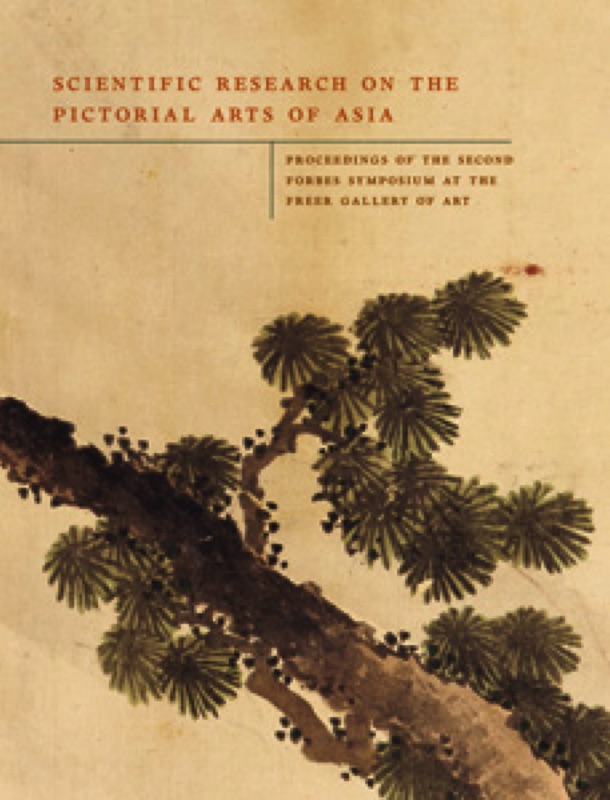