Scientific Research on the Sculptural Arts of Asia

Throughout Asia's history, sculptural arts have encompassed a variety of processes, including carving, modeling, casting, and assembling. Scientific investigations presented in this volume include studies of Southeast Asian jade, Chinese bronzes, Mongolian deer stones, Japanese polychrome sculpture, and others. Scientific study of sculpture helps us learn more about why, where, and how thse works were made as well as address concerns about the state of their preservation and conservation.

This volume is the third in a series of Forbes Symposium proceedings. The first title, Scientific Research in the Field of Asian Art, edited by Paul Jett with Janet G. Douglas, Blythe McCarthy, and John Winter, was published in 2003; the second, Scientific Research on the Pictorial Arts of Asia, edited by Paul Jett, John Winter, and Blythe McCarthy, was published in 2005. All three volumes are published by Archetype Publications in association with the Freer Gallery of Art, Smithsonian Institution.

A stone kneeling figure in the Art Institute of Chicago: new evidence from scientific investigations and archaeological finds in China

A noninvasive mineralogical study of nephrite artifacts from the Philippines and surroundings: the distribution of Taiwan nephrite and implications for island Southeast Asian archaeology

The introduction of rotary incising wheels for working jade in China

The bronzes of the south of India: a continuing tradition?

Casting compassion: the technical study of a large Bronze from Tibet

Mineralogical characteristics of Khmer stone sculpture in the Bayon style

The scientific study, conservation, and reproduction of a sacred lion mask

Nondestructive investigation of the polychromy of Japanese sculptures

Chinese Buddhist wood sculptures of Water-Moon Guanyin: a preliminary research in their wood construction and material 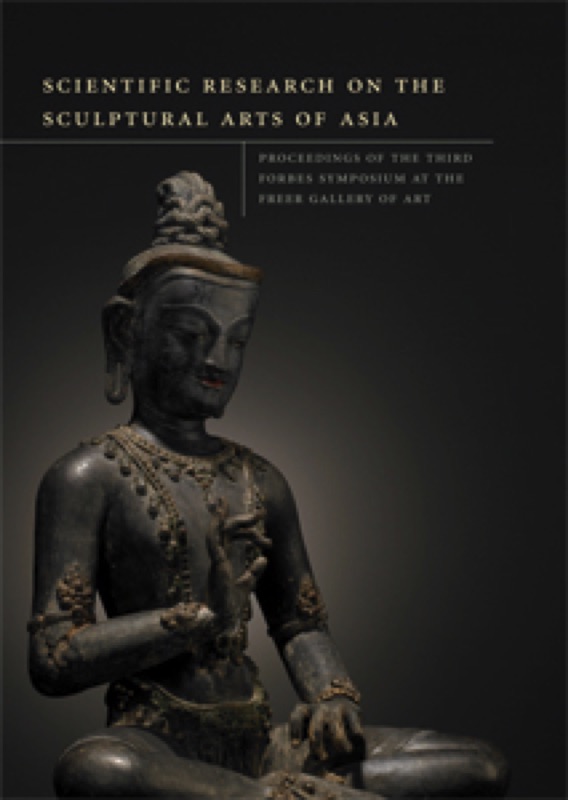