A collection of papers from the 2014 biennial ATSR symposium investigating the uses of source material for historical research and the conservation of art today.

The papers in this volume are from the 2014 biennial ATSR symposium held in Amsterdam which focused on art technological sources and their aid to research. The papers focus on using source material to research works of art such as artist’s notebooks, workshop inventories and documents on the trade in artists’ material from the middle ages until today. They show the importance of source material for art historical as well as material-technical or conservation research to highlight the coherence between the style of a work of art and the materials and techniques used in its production. Ultimately, concluding that the disclosure of such source material is of paramount importance for both art-historical as well as material-technical and conservation research.

Back to basics: what do we do with art technological sources once we have found them?
William Whitney

Back to the text: artists’ recipe books as historical sources for research into art technology
Sylvie Neven

Recipes for deceit: documentary sources for the production of paintings forgeries from 1300 to 1900
Jilleen Nadolny

Compendium de coloribus collectum: a compendium of recipes in Palatine Ms. 981 of the Biblioteca Nazionale in Florence
Sandro Baroni and Federica Ferla

Breaking the mould: a history of sand mould casting in Western Europe based on early written sources
Tonny P.C. Beentjes

‘To keep the colours fresh, alive and bright’: the influence of preparatory layers on the durability of oil painting, according to North West European recipe books 1550–1900
Maartje Stols-Witlox

Forming or transformation: the technology of horn working in sources, in practice and compared to objects
Isabel Keller and Christoph Krekel

The use of documentary sources for identifying suppliers of painting materials in 19th-century Portugal
Ângela Ferraz, Leslie Carlyle and Rita Macedo

Reconsidering the use of copper resinate, from painting on canvas and panel to painting on glass and metal
Fabio Frezzato and Claudio Seccaroni

Painting techniques of Jean Cousin the Elder and Younger in the light of a French manuscript
Elisabeth Ravaud, Gilles Bastian, Myriam Eveno and Estelle Itié

As expected of a volume published by Archetype, it contains a generous number of color illustrations, and illustrations and charts that are printed in a reasonable (and readable) size. 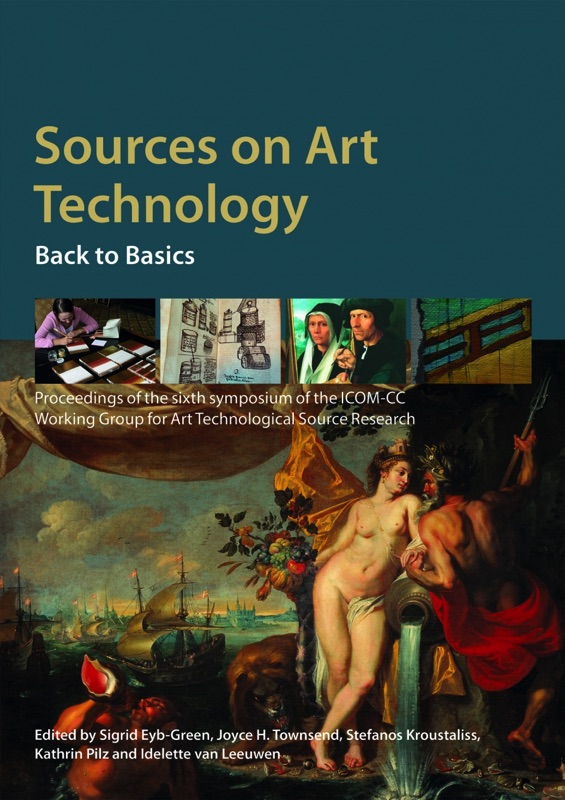