Structure, Design and Technique of the Bamiyan Buddhist Caves

Since the two Giant Buddhas at the Bamiyan site in Afghanistan were tragically ravaged in March 2001, international specialists from Japan, Germany and Italy, under the coordination of UNESCO, have continuously cooperated in support of conservation projects to preserve the cultural heritage in Bamiyan. Following conservation work on mural paintings and archaeological research commenced on the Buddhist caves in 2005 to understand and document the current situation of the caves and their architectural features. This monograph - the English language edition of the fifth volume of Recent Cultural Heritage Issues in Afghanistan published by National Research Institute for Cultural Properties, Tokyo; Nara National Research Institute for Cultural Properties; Ministry of Information and Culture, Islamic Republic of Afghanistan and the PASCO Corporation, Japan - reports on these field studies which aim to further understanding of, and support for, Japanese conservation activities on international cultural properties.

Overview of the research on the Bamiyan Buddhist Caves

Present condition of the caves on the Bamiyan Great Cliff

Details of the caves on the Great Cliff in Bamiyan

Survey of the caves in the Foladi Valley

Survey of the caves in the Kakrak Valley

Architectural features of the Buddhist caves on the Bamiyan Great Cliff 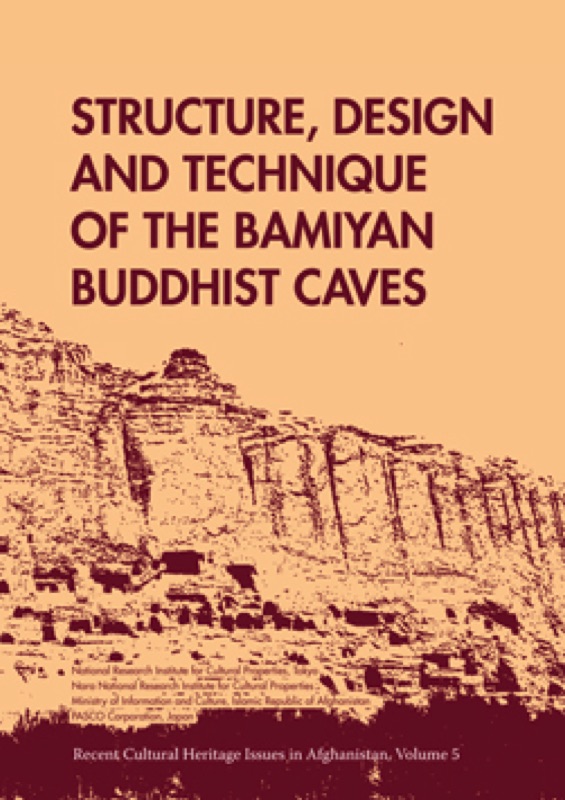