Textiles and costumes often only reveal their full meaning and value through a detailed study of the objects themselves in their context. This interdisciplinary volume brings together papers by leading authorities in textile and costume studies, including historians, curators and conservators discussing a wide range of textiles and costume from tapestries to embroideries, archaeological and ethnographic textiles and exotic costumes at the Danish court as well as European dress in Japan

Well-illustrated, this book will be of interest to all those concerned with understanding, preserving and presenting textiles in the widest sense.

Textiles as documents of history and those who care for them

Textiles as multiple and competing histories

Preserving the evidence: survival issues and research on ethnographic objects

English embroidery before Alfred the Great

Make or break: the Testing of theory by reproducing historic techniques

Buttons for an eighteenth-century man's coat at Platt Hall: a re-maker's problem

How to read historic textiles

Hairdressing in Norwegian folkdress: a study based on fieldwork between 1956 and the 1980s

Fitted for survival: what the selection made by survival reveals

Tapestry repairs: for better or for worse

Hidden meanings: the revelations of conservation

Evidence of maker and making

Peeling back the layers: alterations

Re-threading: notes towards a history of sewing thread in Britain

Following the clue: seeking a solution by means of object-based research

From test-tubes to 3D fluorescence spectra

Down among the molecules: chemical analysis in the study of historic and archaeological textiles

An annotated bibliography of the published writings of Karen Finch, OBE, D.Litt, FIIC

Textiles Revealed is an interdisciplinary book bringing together papers by leading authorities in textile and costume studies. The book will appeal particularly to specialists, especially conservationists. However, with the interest and enthusiasm shown by the public for exhibitions featuring costume and textiles, there is much in the text that will interest the casual reader.

Textiles Revealed illuminates the potential of object-based study for unveiling the historical and cultural significance of textiles, and the comprehensive scholarship of its distinguished contributors pays tribute to [Karen] Finch's vision for the field of textile conservation. 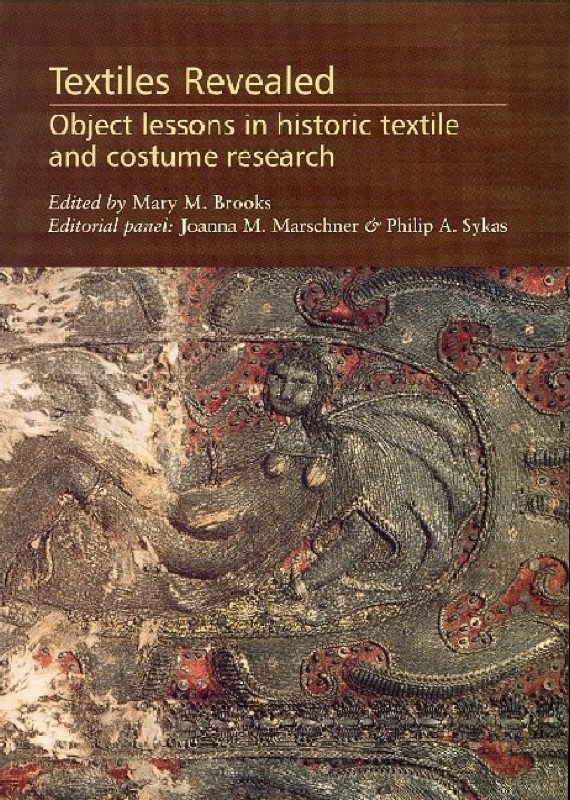