The overall theme of this volume is the artistic process as manifested in the artwork itself and as documented in visual and written sources. While many of the papers look at the work of 19th and early 20th century painters, other topics include Baroque decoration, the controversy about paints in Germany in the early 20th century, and non-traditional oils in artists’ oil paints. The many editions of Theophilus' Schedula diversarum arcium and Alessio Piemontese's Secreti are listed and discussed. A number of sources that have previously received relatively little attention from scholars of art technology are considered, such as lawsuits, realia, diaries, and the use of modelling techniques from other fields that could be usefully applied to source research to give a clearer picture of the actual trends of development and use of new materials and technologies.

Proceedings of the fourth symposium of the Art Technological Source Research Working Group.

From source to chronology: studies on macro-scale behaviour in art technology

Reworking and reuse: adaptation and use in workshop texts

A short-title bibliography of the Secreti by Alessio Piemontese

Theophilus: a methodological approach to reading an art technological source

A glimpse of the Renaissance: colours and geometrical patterns on a southern German game board of the late 16th century

Saffron for purity: raw materials for the production of coloured glazes in 16th-century German recipes

An unknown art technological source for Austrian Baroque art: the diary of Abbot Hieronymus Übelbacher of Dürnstein for 1710-40

Raised decorations applied to Baroque polychrome sculpture in Coimbra, Portugal: the production of painter-gilders or sculptors?

‘To prepare white excellent…’: reconstructions investigating the influence of washing, grinding and decanting of stack-process lead white on pigment composition and particle size

Instructions on the making of pastel crayons and their use in pastel painting: a manuscript in the Rijksmuseum, Amsterdam

Bernsteinlack, Vernis Vibert and Weimarweiß: the letters of Lyonel Feininger (1871-1956) as a key source for his painting technique

The painting process in the Bishop’s Chapel in Gurk, Carinthia (Austria)

Regraxar or glazing: aspects of this technique in a group of Portuguese paintings attributed to Francisco João (active 1563-95)

Around Theophilus: an expert meeting towards new standards in Theophilus scholarship 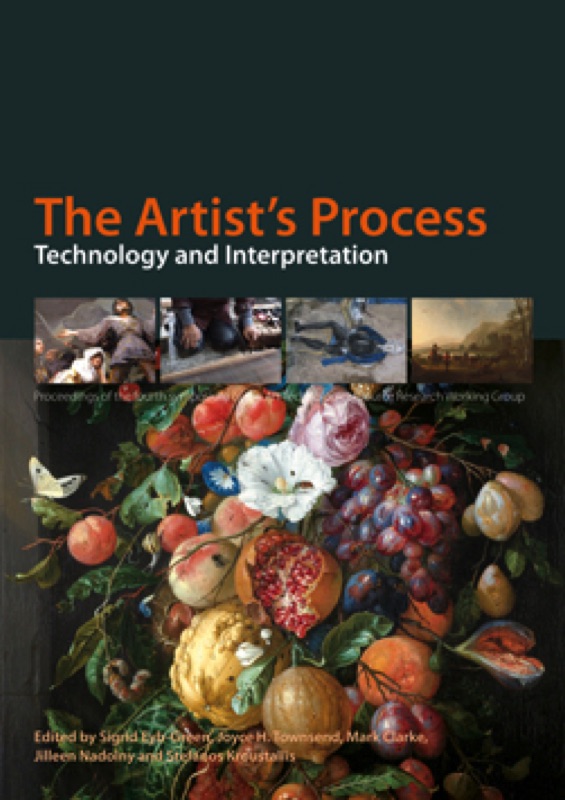