This bulletin, is the first volume of an annual series which Archetype Publications publishes in association with the British Museum. The British Museum Technical Research Bulletin offers a forum to show a dynamic behind-the-scenes glimpse of the current work which curators, conservators and scientists have conducted on a range of artefacts and materials across the collections at the British Museum. 12 months after publication, the articles of each bulletin are uploaded onto the British Museum website for public viewing.

A shell garniture from Gujarat in the British Museum

New visions of a new world: the conservation and analysis of the John White watercolours

An elusive stone: the use of variscite as a semi-precious stone

Writing that cannot be erased: investigations of a box of pigmented inlays from the tomb chapel of an Old Kingdom noble

The black bronzes of Burma

Effects of relative humidity on the corrosion of iron: an experimental view 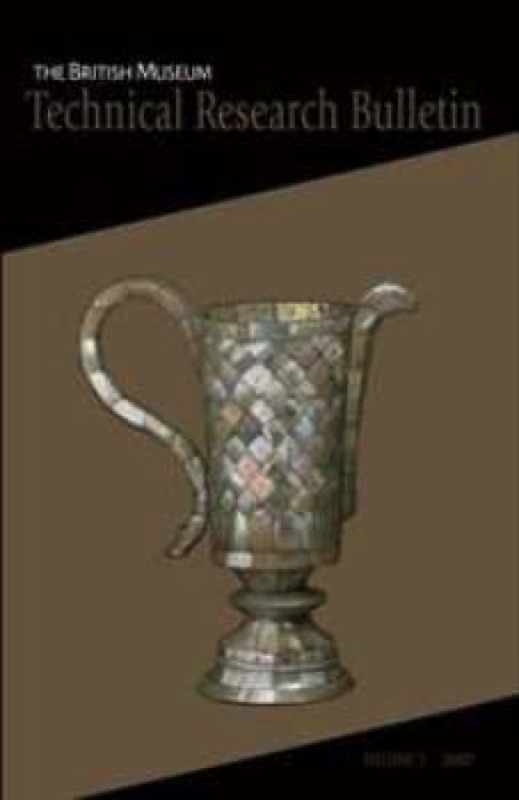