The Diversity of Dyes

In History and Archaeology

Historical and archaeological research has revealed the importance of colour for our forefathers in every aspect of life. Much of this colour was provided by dyes, initially from naturally occurring sources, later produced by chemical means to give colours of a brilliance hitherto unimagined. The papers published in this collection (supported by a generous donation from Abegg-Stiftung), all presented at Dyes in History and Archaeology meetings, demonstrate how dyes were used through the centuries. If one century is chosen – the 17th century, for example – a fascinating comparison can be made between the dyes and dyeing methods used in Europe, in Turkey, in South America and in Japan, not only on textiles, but also in the pigments used for painting.

Taking a different approach, chemical analysis has assisted detective work enabling a distinction to be made between rather similar 18th-century textiles with chinoiserie motifs, not all of which were Chinese in origin. Chemical research also shows how much we have still to understand: madder has been one of the most widely used dyes, for textile dyeing and also in pigment preparation, but why are madder pigments in 15th- and 16th-century paintings so variable in their composition? The methods of dyeing have been studied extensively, but the process taking place during the mordanting and dyeing of cellulosic fibres such as linen or cotton with alizarin, a major component of madder dye, is still a matter for discussion.

Over the long time scale covered in this book, many developments took place and are described in its pages. One of the most exotic of dyes, shellfish purple, was used in Late Bronze Age wall paintings dated to the 17th century BC at Akrotiri, while over 3000 years later the brilliantly coloured, but sometimes impermanent synthetic dyes, devised by chemists, appeared on the market: the azo dyes, fluorescein, the eosins and others. A long and distinguished history of the use of colour, a glorious variety of dyes revealed – the diversity of dyes in history and archaeology.

The role of aluminium as a mordant for cellulose dyeing with alizarin: a numerical approach
François Delamare, Bernard Monasse and Michel Garcia

Mapping colour changes in dyes and pigments due to light fading and ageing
Roy S. Sinclair†

Some Improvements in Natural Mordant Dyes Extraction for Their Identification in Historical Textiles by HPLC(DHA22)
Izabella Surowiec, Witold Nowik and Marek Trojanowicz

A spectrometric and fluorimetric study of red madder on dyed wool.
Catia Clementi, F.R. Cibin, A. Romani and G. Favaro

Bright new colours: the history and analysis of fluorescein, eosin, erythrosine, Rhodamin B and some of their derivatives
Matthijs de Keijzer and Maarten R. van Bommel

History and Technology of Alum production in Belgium.
André Verhecken

The ABC of Isatans
Chris Cooksey

Dye Analysis for the Modern Restoration of Haori with the Design of “Aoi Crests and Rabbits Jumping through Waves” from “Album of Textile Fragments of Tsujigahana Garment” (17thC) Stored in The Tokugawa Art Museum.
Yoshiko Sasaki, Tomio Koike, Toshiaki Yano and Ken Sasaki

Dyes in History and Archaeology – The Early Years
Vincent Daniels

Is Red Truly the Colour of Love? The Functions of Colour in Polish Folk Attire
Joanna Minksztym

This volume is an excellent reference combining absorbing results on the historical production; use and social context of dyes in Europe, the Far East, and the USA; the science and conservation of dyes; as well as eye-attracting colorful pictures of dyes and objects.
...
Overall, this is another excellent volume uniquely focusing on historical and archaeological dyes and dyeing. It can serve a wide variety of users, including not only  historians, archaeologists, curators, artwork conservators, and conservation scientists but also the wider ethnobotany field.

... this book is a fascinating collection of well-written and well-researched
articles, diverse enough that it should warrant interest from both scientific and nonscientific
dye enthusiasts alike. 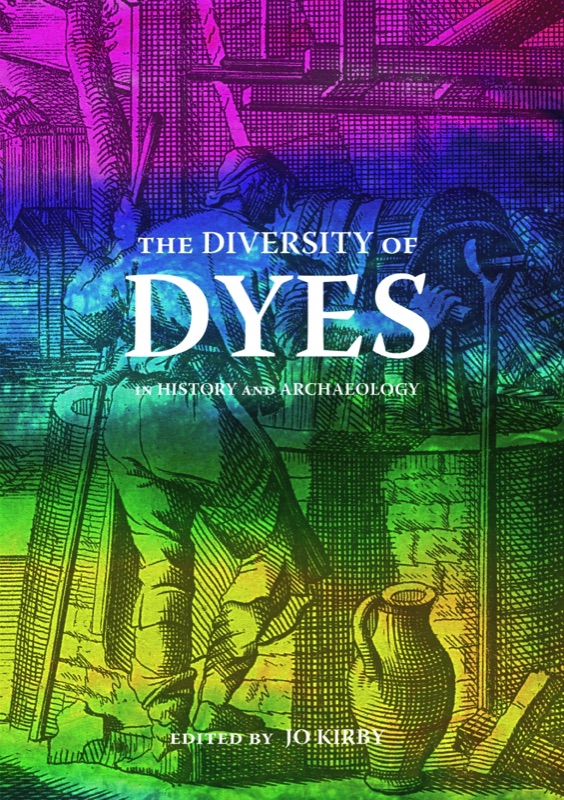