Woven for Sir John Tracy of Toddington, Gloucestershire, in the late-sixteenth or early-seventeenth century, the Four Seasons tapestries - now at Hatfield House, Hertfordshire - are amongst the most splendid and interesting examples of early English tapestry. The centre panels copy Netherlandish prints, confirming the wholesale indebtedness, which art historians have increasingly come to recognise in recent years, of the decorative arts at this period in England to continental prints. Their overall iconography, however, is exceptionally complex and unusual, since around the borders we find no fewer than 170 emblems, consisting of highly puzzling and enigmatic images with Latin mottoes. These have never been fully documented, illustrated or analysed, but in this study Michael Bath identifies four late-sixteenth century continental emblem books which supplied their sources, and which enable us at last to explain their meanings. The way in which the tapestries utilise these sources, with frequent changes to pictorial detail or to the Latin motto gives us telling insights into the designers' purposes and, indeed, into the process of tapestry production and how such tapestries were used in this period in England. Moreover, since these emblems illustrate a rich anthology of classical, proverbial and religious topics they shed unique light into the wider culture - both visual and literary - of England at this time. The author also identifies, wherever possible, other decorative artefacts which use the same emblems, hence extending our growing awareness and understanding of the important role which such emblems played in early modern cultures and communication. This develops and extends work he has done in such previous books as The Image of the Stag (1992), Speaking Pictures (1994), Renaissance Decorative Painting in Scotland (2003) and Emblems for a Queen: The Needlework of Mary Queen of Scots (Archetype, 2008).

Appendix 1 Inventory of the Emblems.

Michael Bath is undoubtedly the foremost scholar of the emblematic tradition in England, as well as one of the most productive. His most recent book comes hard on the heels of his definitive studies of Mary Queen of Scots's emblems in needlework and the emblematic painted ceilings of Scotland (Emblems for a Queen: The Needlework of Mary Queen of Scots, Archetype Publications, 2008). [...] In his Preface the author purveys some excellent common sense and were I still a practising academic I would be recommending it - and the whole book - to my students. This particular case study should be required reading for those engaged in any branch of Renaissance studies, or interested in understanding the intellectual milieu of that era.

It is impossible here to give an impression of the many insights afforded by a book which completely transforms our understanding of an important set of tapestries, so long accepted as something they are probably not. [...] Michael Bath's achievement here is to guide the lay-person through the intricacies of applied emblematics and introduce emblem buffs to the beauty and fascination of the Four Seasons tapestries at Hatfield House: essential reading for anyone interested in the milieu of the social and cultural elite in late Elizabethan England. 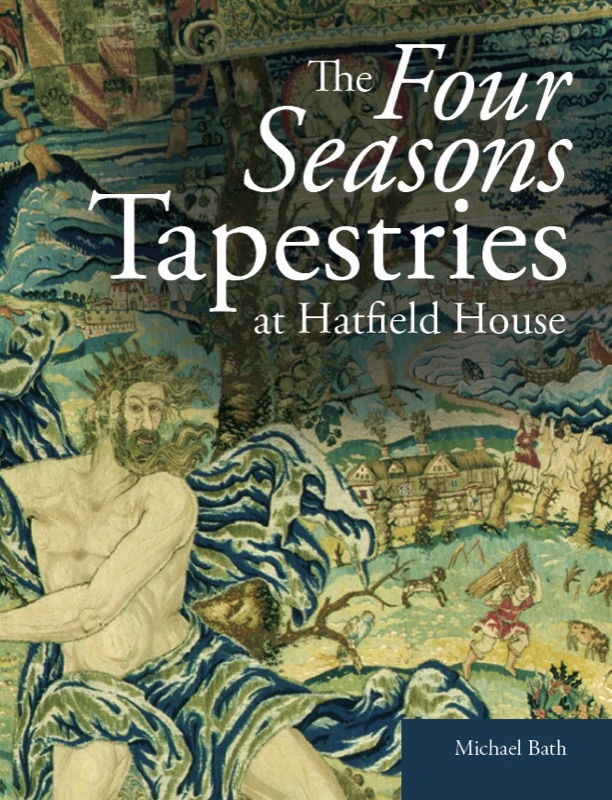