The World of Iron

Iron continues to be one of the most important materials produced and used by humanity. Its ductility when heated and its strength when cooled has allowed those with the necessary skills and resources to manufacture adornments, tools, weapons and structures that have helped to revolutionise social, ritual, economic and political systems. From enormous buildings such as the cathedrals of Europe that were erected in all their glory with a backbone of iron, to farmers who for thousands of years have used iron tools to clear land and harvest their crops, iron has had a fundamental impact on people’s lives, all over the world. The diversity of technological approaches to the production of iron is astounding, while traces of the ritual and symbolic nature of this powerful metal bear testament to the mystical and powerful status that iron was associated with in many instances.

The World of Iron fills a crucial gap within the literature on the history of iron production by bringing together, in one volume, research from around the world, as well as thematic papers focusing on current major themes within the discipline. Contributions from colleagues working across Africa, the Indian Subcontinent, West and Central Asia and the Far East provide the reader with a comprehensive understanding of the latest data and conclusions about the technologies, role and impact of iron production within these regions. Ethnographic, archaeological, experimental, materials science and anthropological approaches are presented side-by-side to reveal the rich and diverse history of this metal. Themes including innovation and inspiration, theoretical and scientific approaches to iron technology and environmental considerations not only ensure a significant European focus in addition to the more global perspective, but also illustrate the pioneering ways in which iron is being studied, and the dedication and enthusiasm that our fellow colleagues bring to this field of academia.

The World of Iron forms a key text for students, academics and those with a general interest in the history of ferrous metallurgy world-wide, and how this can be studied.

Iron and its influence on the prehistoric site of Lejja

Our iron smelting 14C dates from Central Africa: from a plain appointment to a full blown relationship

Indian iron and steel, with special reference to southern India

An ethno-archaeological survey of iron Working in India

The World’s earliest ion smelting? Its inception, evolution and impact in Northern Nigeria

Questioning research on early iron in the Mediterranean

Iron, myth and magic – perceptions of smiths and metal workers through cultural evidence from Britain and beyond

Early iron in the Near East, a review of evidence

Characterisation of iron technology at medieval Talgar in Kazakhstan

Variability in iron smelting practices: Assessment of technical, cultural and economic criteria to explain the metallurgical diversity in the Dogon area (Mali)

Symmetry in the archaeology of technology: nailing down manufacturing processes and networks of innovation in colonial ironworking

Iron production in the Han Period in the Chengdu Plain, Sichuan, China.

Technology transfer across the Indian Ocean and South China Sea: a case study of the iron industry at Santubong, Sarawak

Fuel for iron – wood exploitation for metallurgy on the Dogon Plateau, Mali

The use of charcoal species for ironworking in Tanzania

The fuel supply and woodland management at a 14th century bloomery in Snowdonia: a multi-disciplinary approach 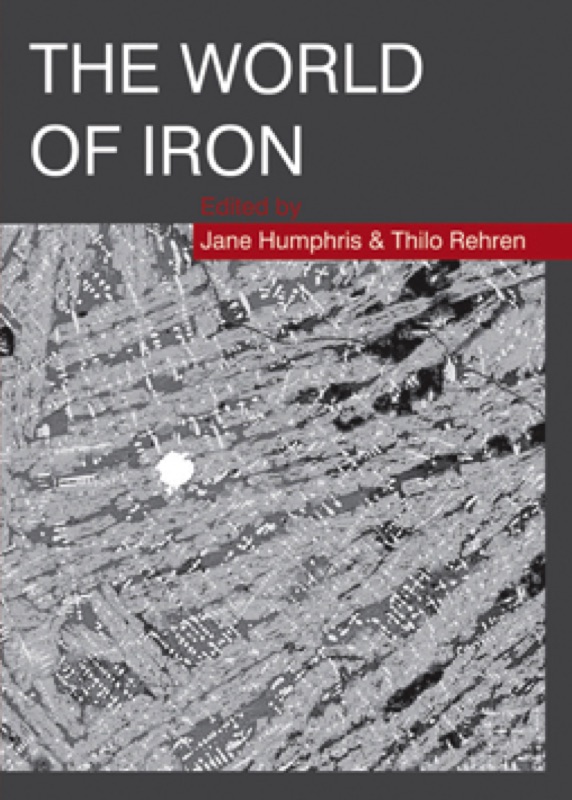