Markets and Commerce in Europe to 1700

Where did artists buy their materials? Who prepared them? What did they cost? Where did they come from, and how? This volume draws together the international research in this new and rapidly developing field of interdisciplinary enquiry by historians, conservators, scientists, economic historians and historians of trade. The evidence concerning supply and distribution, availability, cost, quality and value of artists' materials is fundamental for interpreting surviving objects in a wider sense.

The authors draw on documentary material as diverse as pharmacy price lists, shipping and customs records, merchants' handbooks, traders' inventories and court account books. These sources are combined with technical evidence from works of art to explore the movements of pigments, dyes, panels, canvases, alabaster, parchment and paper from their point of origin to their purchase by the consumer in the major European centres of trade.

The contributions range from specific case histories to more general views of the mechanisms and actuality of trading. Questions of terminology that have dogged the study of this topic are addressed and clarified, and new evidence concerning the nature of the materials traded and their identification is presented. Much of the detailed material discussed is provided in table form, and the book, which is generously illustrated, includes many maps illustrating trade routes.

Introduction: the European trade in painters' materials to 1700

Lapis, indigo, woad: artists' materials in the context of international trade before 1700

Moving goods by sea and by land

The trade in painters' materials in Norway in the Middle Ages. Part II: Materials, techniques and trade from the twelfth century to the mid-fourteenth century

Couleurs for the northern courts

Suppliers of artists' materials to the Burgundian Court

'Pro lazurio auricalco et alii correquisitis pro illuminacione': the Werden accounts and other sources on the trade in manuscript materials in the Lower Rhineland and Westfalia around 1500

Manuscript materials: cost and the market for parchment in Renaissance Italy

The market in Italy: prices, inventories and vendecolori

The market for painters' materials in Renaissance Florence

'Memoria de colori che bisognino torre a vinetia': Venice as a centre for the purchase of painters' colours

The inventory of the Venetian vendecolori Jacopo de' Benedetti: the non-pigment materials

The materials of production in Italian Renaissance pottery: the inventory of Francesco di Luca, orciolaio

Fairs and pharmacies in sixteenth-century Germany

'Administrator of Painting': the purchase and distribution book of Wolf Pronner (1586-1590) as a source for the history of painting materials

Commerce in London and Antwerp in the sixteenth and seventeenth centuries

The colour of money: dealing in pigments in sixteenth-century Antwerp

The London linen trade, 1509-1641, and the use of linen by painters in royal service

Production and problems: some case studies

In quest of a useful blue in early modern Spain

...the book is a treasure trove of information, a pleasure to read and a source of new ways of thinking about painting.

This exemplary editorial collaboration...introduces new evidence to consider in the investigation of art historical questions that relate to the materials used for making art...[This] publication is a significant contribution to the interdisciplinary field of technical art history. 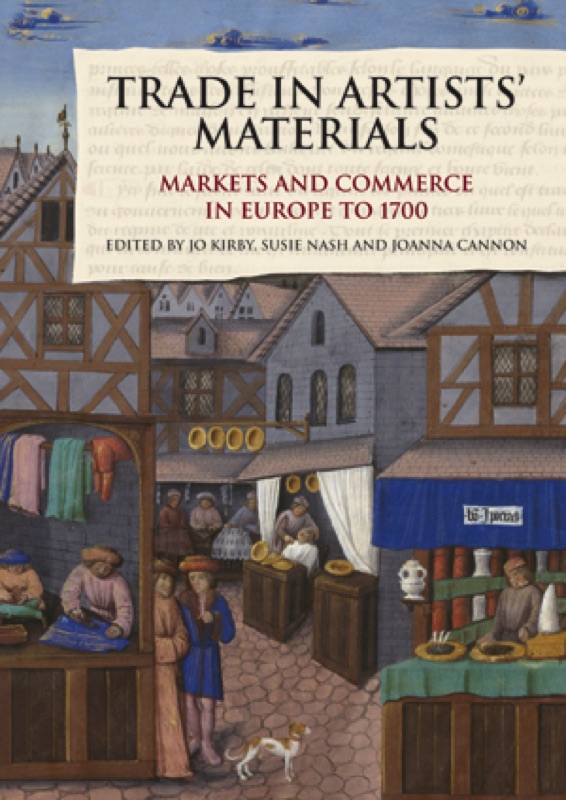